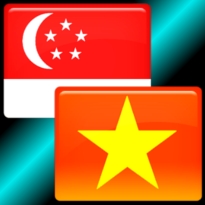 Singapore’s Casino Regulatory Authority (CRA) has slapped the city-state’s two integrated resort casinos – Genting’s Resorts World Sentosa (RWS) and Las Vegas Sands’ Marina Bay Sands (MBS) – with fines totaling S$500k (US$400k) for their failure to observe social safeguard requirements. The Straits Times reported that MBS was fined S$357.5k (US$286k) for (a) allowing 10 gamblers access to the casino floor without requiring them to ante up the S$100 daily entry fee imposed on locals, (b) allowing two gamblers to continue gambling after their 24-hour entry levies had expired and (c) allowing entry to another 19 gamblers who were under casino exclusion orders. All the incidents occurred between May 1 and Oct. 31, 2011.

The CRA dinged RWS for S$140k (US$112k) for neglecting to charge levies on seven gamblers, letting another six remain after their levies expired, and for allowing in four excluded gamblers and two minors. (We’re curious as to how the expiration of these 24-hour passes is monitored – is there like a Logan’s Run-style palm-chip that starts flashing at the appropriate hour or do regulators perform walk-throughs of the casino floor after midnight to see how many pumpkins remain seated at the baccarat tables?) It’s not clear if these incidents are the same ones the CRA was said to be investigating last month, which reportedly resulted in the ouster of several top RWS execs. Fortunately for both companies, Singapore’s much tougher casino laws – which carry downright crippling fines of up to 10% of an IR’s annual revenues – are still only at the proposal stage.

MBS was also censured for an incident in October 2011 in which one of its slot machines incorrectly informed Madam Choo Hong Eng that she’d won over $416k when the display should have told her she’d won a car. MBS originally tried to placate Madam Choo with an offer of $50k and a car worth $258k, but ended up giving her the full $416k a month later. While the CRA tut-tutted over MBS’ wonky technology, they ultimately determined there was “no deliberate intention” on MBS’ part “to deceive or deprive” Madam Choo.

GENTING DITCHES VIETNAM PROJECT AS DRAFT CASINO LAW CIRCULATES
In Vietnam, Genting has reportedly pulled out of one of its two proposed resort casino development projects. Sources told GamblingCompliance that Genting was walking away from its proposed $4b development in the Chu Lai Economic Zone in south-central Quang Nam province, where Genting had entered into a partnership with local developer VinaCapital Group. However, Genting remains hopeful regarding its other proposed mega-project in the northern province of Quang Ninh’s Van Don Economic Zone. Genting has reportedly signed a memorandum of understanding with the provincial government, although the central government has yet to sign off on casino construction.

Vietnam’s Ministry of Finance has finished work on draft gaming legislation, copies of which have been distributed to the appropriate government departments plus industry stakeholders and experts for comment. There are no plans to publicly release the draft, so it’s not known whether this version lifts the prohibition on local residents from accessing casinos – a ban that foreign casino execs like Las Vegas Sands chairman Sheldon Adelson have lobbied hard to see discarded. Local politicians have been zealously protecting this tourist-only approach, but some kind of compromise – perhaps a Singapore-style local levy – is reportedly being discussed. Regardless, there’s no rush. As GamblingCompliance’s source observed, “the whole casino matter is very, very delicate. The whole thing will take another two years, maybe more.”