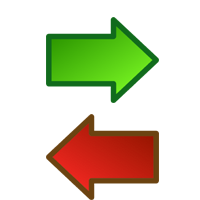 Betfred.com has signed a deal to become Tottenham Hotspur’s new UK betting partner. The three-year-deal was signed on the eve of the new season and will give the company exclusive branding across Tottenham’s online, digital, mobile and social media channels. “Tottenham Hotspur are a massive, globally recognised brand and I’m very confident our newly established partnership with them will reap huge rewards for our business, said Rakesh Chablani, the firm’s commercial director. “Spurs supporters registering with us can now also look forward to increased value, season-long specials and exclusive offers.”

As part of the agreement Spurs fans will get exclusive deals such as a free-match bet up to £50 and £10 absolutely free for Spurs’ next game when they sign up. The company also plans to develop and launch their new Football Analyser app in association with the club.

Bwin has confirmed a deal to work as Manchester United’s official online gaming and betting partner. The deal, which was first talked about last month, is Manchester United’s 28th different sponsor and is yet another one that bwin has signed with a European football club. “Man Utd has 569 million followers outside of Europe, providing us with a great opportunity to offer jointly designed and innovative products in countries that do not yet allow real money online sports betting,” said Norbert Teufelberger, co-chief executive of bwin.party.

Lastly, bet365 have released their latest advert starring Ray Winstone ahead of the new Premier League season. The ad sees Ray ranting away about bet365’s large array of pre-match and in-play betting alongside live streaming. It even features four different Raymondo’s to choose from. Niiiiice.