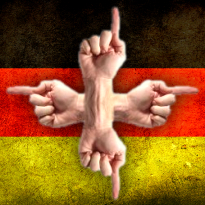 Germany’s Ministry of the Interior has opened the tender for the 20 sports betting licenses it intends to issue under the guidelines of the new interstate gambling treaty. The treaty, which took effect July 1 after being ratified by 14 German states, will charge licensees a 5% tax on turnover. The tender requires applicants to submit all the necessary documents (in German) by no later than noon on Sept. 4, 2012. DLA Piper reported that the legal aspects of the tender have been assigned to Cologne law firm CBH, which has raised conflict of interest complaints from would-be applicants, as CBH already represents the country’s Deutsche Lotto and Toto Block operations.

More complaints have been voiced due to the plan to impose restrictions on the number of land-based betting shops that licensees could open in a given geographical area. For instance, no more than 10 shops would be allowed to any one operator in Berlin, while licensees in the state of Saxony-Anhalt would be limited to just three shops each. However, Oddset – which has been tasked by the federal government with modernizing the Deutsche Lotto and Toto Block’s 23k retail points of sale – would be exempted from these restrictions, prompting cries of protectionism from international operators. German gaming lawyer Martin Arendts told eGamingReview that the proposed regime would “maybe” work for online operators, but “probably not” for anyone interested in setting up on the hoch strasse.

Meanwhile, the situation in Schleswig-Holstein (S-H), the northern state that opted not to sign on to the new German treaty, continues to perplex and confound. The former state government in S-H passed its own gambling laws last year, the terms of which gambling companies found infinitely preferable to the interstate version, and S-H issued sports betting licenses to seven companies, including bwin.party and Betfair, in May of this year. But shortly after those licenses were issued, state elections resulted in a new coalition government which announced its intention to repeal the previous administration’s license plan and instead join the other states in signing on to the new interstate treaty. The earliest the current law could be revoked would be August 22, when S-H parliamentarians return from summer holidays.

But the companies that received S-H licenses have threatened to sue for compensation if those licenses are rescinded. Further complicating matters was a statement last week by a member of the Christian Democrat party which headed the previous S-H coalition government that issued the licenses, MP Hans-Jörn Arp, that gaming officials in S-H could issue as many as six more licenses while the law is still on the books, including licenses for online poker and casino products. Such products are expressly prohibited under the new interstate treaty. Confused yet?