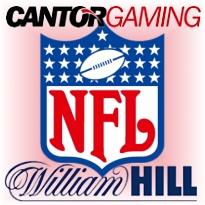 On Thursday, ESPN radio host Colin Cowherd took America’s major sports leagues to the woodshed for having the nerve to file a lawsuit to block New Jersey legislators from proceeding with their plan to bring single-game sports betting to Atlantic City casinos and racetracks. Cowherd marveled at the leagues’ anti-betting sentiment, referencing the fixing scandal involving National Basketball Association referee Tim Donaghy and reminding the leagues “who tipped off the NBA? VEGAS! They’re not your enemy. They’re your ally.”

As for the leagues’ wish to confine sports betting to Nevada, Cowherd saw fit to disabuse their illusions: “Do you know that only 4% of NFL bets take place in Las Vegas? I’ve got news for you: there’s already sports gambling in New Jersey. And there’s more in Jersey than in Las Vegas.” Cowherd then proceeded to address the wider societal issues supposedly negatively influenced by sports bettors. “Sports gambling is here and we like it and it’s not ruining society. ‘But Colin, people get addicted!’ People get addicted to butter. Don’t blame the beer because you’re an alcoholic and don’t blame the bagel because you’re overweight. People have to be accountable for their own addictions.”

CANTOR GAMING, WILLIAM HILL PREP FOR NFL SEASON
Cantor Gaming, the subsidiary of Wall Street financial titans Cantor Fitzgerald that operates race and sportsbooks at seven Nevada casinos and has applied for a Nevada online poker service provider license, has launched a Wi-Fi-enabled sports betting option that will allow Nevada residents to place bets via their computers (desktop or laptop), tablets and smartphones, without requiring 3G or 4G location capability. Cantor has offered wireless wagering via its Android app since last October, but the new Wi-Fi option promises faster connectivity and a greater reach. However, punters are still required to set up an account with Cantor through which to fund their wagers.

Hills also announced its first official American football contests. The $500k Pro Pick’em Football Contest involves picking all games with no point spreads. It costs $25 to enter, with $21k awarded in each of the NFL regular season’s 17 weeks of play, plus $41k to the season winners. Hills is also offering a College Pick’em Contest, which involves picking seven games against the spread. There’s a $100 entry fee and $100k of guaranteed prize money at season’s end.