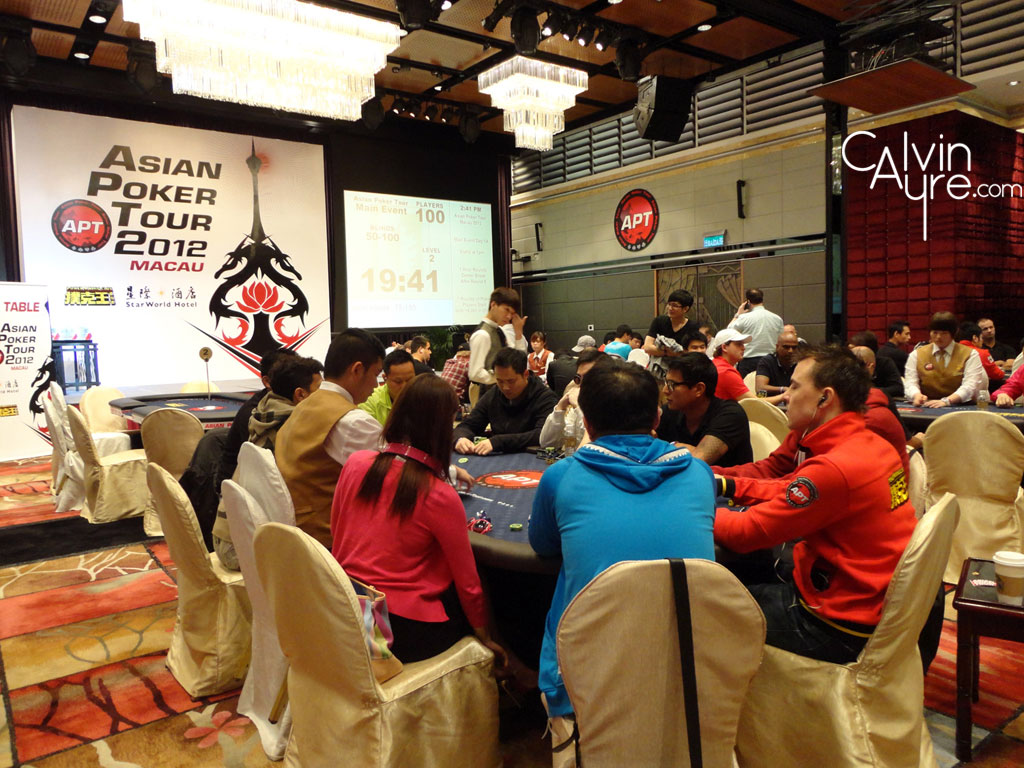 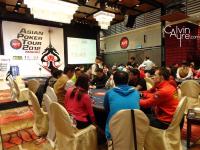 The Asian Poker Macau 2012 Main Event got off to a rousing start over the weekend as Day 1A, Day 1B, and Day 2 were played at a feverish rate. For the tournament, 268 players opened their action vying for the coveted title of APT Macau 2012 Main Event Champion. After 3 days of poker, the field is now down to 39.

Day 1A saw 102 players in the felt and the action was off from the get-go and in the end, 62 of the 102 players lived to play another day. Leading the way was Korea’s Han Wook Kim with 57,450 in chips, followed by Kai Paulsen of Norway who ended his day with 56,850 in chips. The rest of the Day 1A survivors, included France’s Barouk Philippe with 56,375 in chips, followed by Bjoern Wiesler at 46,075 in chips. Rounding out the top 5 from Day 1A was 2012 APT Asian Series Goa champion Martin Nilsson who now sits at 45,100.

The next day, the rest of the Main Event participants took their turn on the tables and just like a day earlier, it was on. Off the 166 players that saw action in Day 1B, it was Singapore’s Fam Kai Yat who ended the day with the commanding chip lead heading into Day 2 with 100,675 in chips, making him the only player to have a six-figure chip count to his name. The only other player to come close to the Singaporean’s total was Daniel Laidlaw of Australia who secured 91,050 in chips. Taiwan’s Hung Tu Wang came in third at 67,151 whole China’s Zhou Yue Qing finished the day at 66,350 in chips.

Other notable players from Day 1B who finished with some stacks left to their name include Adam Monaghan at 36,450 chips, Antonio Martins at 30,625, and APT Ambassador Joe Hachem with 16,000 in chips.

From there, Day 2 came and all hell broke loose. Of the 160 players left in the field, the field all but collapsed to just 39 players and saw a reversal of fortune for many of the chip leaders and short stack players. Whereas a lot of the leaders sputtered – and some even busting out – many of the middle-ground and short-stacked players came back with a vengeance, none more so than Taiwan’s Yi Po Lee who wasn’t even on the radar after Day 1 ended but somehow now finds himself sitting pretty at second place with 254,600 in chips.

But even Lee’s dramatic comeback couldn’t net him the top spot heading into Day 3. That spot belongs to China’s Zhou Yue Qing, who ended his day with 301,700 in chips. Two other players in danger of hitting the rail, Taiwan’s Carlos Chang and England’s Tom Alner, somehow came back from the clutches of despair to sit in third and fourth place with 235,100 and 233,300 in chips, respectively.

As for the remaining 39, action picks up today where play will run all the way until the final table is set. That being said, expect a day’s worth of high-level poker as 39 players vie for the title of APT Macau 2012 Champion.