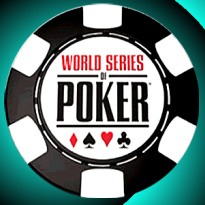 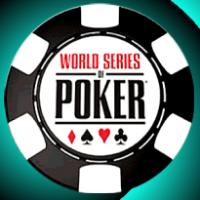 Day 6 of the World Series of Poker Main Event is in the books and we’re getting down to some serious money as 27 players remain from the 97 that started the day. Leading them is the French-Canadian Marc Ladouceur with a stack of 15.875m chips, followed by Daniel Strelitz (12.790m), Robert Salaburu (10.915m), Russell Thomas (9.985m), Elisabeth Hille (9.770m), Yuval Bronshtein (9.735m), Jamie Robbins (8.75m), Robert Corcione (8.745m), Cylus Watson (8.5m) with Jeremy Ausmus rounding off the top ten with 8.3m chips. If the top ten stay the same we’ll be welcoming yet another one time bracelet winner into the Main Event champion club.

Joining the top ten on Day 7 will be chip leader from Day 2a/2b Gaelle Baumann who, if it hadn’t been for a huge hit late on, would have been inside the leading group. As it is she settles for 20th with a stack of 5.53m. Another of the past chip leaders is Paul Volpe, who led the pack on Day 4, and finds himself with a short stack of 2.65m in 26th place.

Chip leader at the beginning of day 5, Kyle Keranen, wasn’t as lucky as he busted out in 38th place with a prize of $191,646 and joined the scrapheap of players without any gold at this year’s WSOP. The sole remaining Brit in the tournament was Sam Holden and he couldn’t build on last year’s November Nine appearance bowing out in 55th place with $128,384. He was also the last player of November 2011’s nine to still be seated at one of the Main Event tables. Bravo.

Belgium’s Jean Malherbe ended his country’s involvement in the tournament by taking 48th place and $156,293. Other countries that ended their 2012 association with the WSOP were Slovakia (Thomas Samol in 32nd), Spain (Jordi Martinezalonso, 43rd), Uruguay (Fabrizio Gonzalez, 45th) and Israel (Amit Zulkowitz, 49th).

Vanessa Selbst, who some were tipping to end the female drought in the Main Event, exited early on in the day in 73rd place and was the final player to take home $88,070 before the prizes went up a notch to $106,056. Jason Somerville was one of those to pick up the latter as he finished up in 69th position.

Sweden’s Erik Hellman was the unlucky final elimination of the day as he was knocked out in 28th place around an hour ago and will console himself with a payday of $236,921. He began the day fourth in chips and will be disappointed he couldn’t build on a good Day 5.

Play will resume tomorrow at 1 p.m. local time when the remaining hour and 37 minutes of level 30 will wind down. The 27 players will then play to a conclusion, by which time we’ll know who the nine returning later this year are.