Home / Casino / Singapore entry fees down, taxes up; Weidner wants Taiwan pols to get a move on 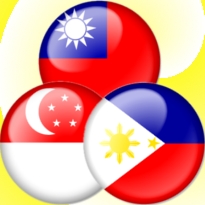 Singapore earned S$93m (US $73.4m) from fees levied on local residents entering the city-state’s two resort casinos in the first six months of 2012. Over the whole of 2011, Singapore collected $195m from such fees (S100/day or 2k/year), putting the H1 2012 figure slightly behind last year. The Finance Ministry’s Josephine Teo relayed the information in Parliament on Tuesday in response to an opposition politician’s queries. Singapore is considering a sharp escalation in potential fines on Resorts World Sentosa and Marina Bay Sands if they’re found to be violating restrictions on admitting underage or problem gamblers. Channel News Asia reports that Teo also revealed the state’s tax share of casino revenues increased from S900m in fiscal 2010 to S1.1b in 2011.

Further to initial reports that Leisure & Resorts World Corp (LRWC) would hold an undisclosed equity position in the Belle Grande Manila Bay casino project, the Philippine Star reported that LRWC is “likely to get a 15% share of the revenues from the lease of the land or casino operations.” A statement to the Philippine Stock Exchange claimed “LRWC and unit AB Leisure Gaming will assist Belle in funding its own capital requirements in exchange for a share in the economic benefits to be derived from the casino operation.” LRWC was brought into the project by developer Belle Corp in Jan. 2011 to operate the casino for a period of 10 years, but that role will now be handled by the project’s new partner, Melco Crown Entertainment. The precise nature of the deal between Belle, LRWC and Melco Crown won’t be known until the final working agreement is reached within the next two months.

DEVELOPER, OTHER REGIONS OF TAIWAN ITCHING TO GET MOVING ON CASINO
The Taiwanese anti-gambling group that voiced opposition to last week’s casino referendum in the Matsu island group isn’t taking ‘yes’ for an answer. The China Post reports that Ho Tsung-hsun, leader of the Alliance Against the Legalization of Gambling, plans to ask the Central Election Commission to nullify the referendum because (in part) casino hopeful Weidner Resort Development unduly influenced voters by showering them with free iPads and such.

Weidner, meanwhile, is wasting no time reassuring politicians that it’s ready to start moving earth as soon as Taiwan’s central government passes its gambling legislation. On Monday, company chairman William Weidner hosted a media conference in Taipei at which he suggested “a reasonable period of time” for legislative success would be 12-18 months. However, Weidner warned the government that while he was prepared to wait, he didn’t intend to wait forever.

In economic terms, Weidner said the casino and the accompanying transportation infrastructure operations would create 6k to 8k jobs. Weidner also predicted that the casino would attract 4.5m to 5.5m visitors from Taiwan, China and other countries within three years of opening. Under a proposed 13% gaming tax, Weidner said the central government would reap a 130% return on any subsidies it provided Weidner. Focus Taiwan reported that Weidner sought to reassure those in attendance that his company would respect the Matsu region’s ecology, claiming the area’s reputation as “an environmental haven is something that adds to the attraction of Matsu.”

However, Matsu’s successful referendum has prompted jealous glances from other regions of Taiwan. Lin Fun-nan, head of the Kaohsiung and Pingtung Tourism Industry League, wants the central government to open up the scope of the Offshore Islands Development Act to permit casinos in regions other than Taiwan’s fringe. Lin says Cijin Island off the southern Taiwan harbor city of Kaohsiung – already a popular beach region – would be an ideal casino zone because it wouldn’t require the kind of extensive infrastructure upgrades that are necessary in Matsu. The major of Kaohsiung agrees, provided the locals approve the plan in a referendum. Hey, who wants an iPad?