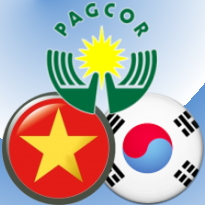 The record P36.65b ($846m) revenue earned in 2011 by the Philippine Amusement and Gaming Corporation (Pagcor) is scheduled to rise even higher following a going over by the Commission on Audit (COA). The Philippine Daily Inquirer reports that the COA determined Pagcor was underpaid P65.84m ($1.57m) due to a local junket operator’s faulty calculation of fees owed. Fortunegate Holiday Philippines Inc. (FHPI), which has a relationship with the Hyatt Casino Filipino in Manila, was supposed to remit 15% of gross winnings from its foreign punters to Pagcor, but FHPI had used a formula based on net/win loss. Pagcor had asked COA to resume pre-audits of its transactions, which COA praised as an example of the state-owned agency’s dedication to fiscal responsibility. However, COA told Pagcor to pull up its big boy pants by continuing with ongoing reforms intended to bolster Pagcor’s internal control systems.

A South Korean casino has been ordered to refund about half the KRW 2.47b (US $2.16m) it earned from two local gamblers over a two-year period. The casino – which was not identified in local media reports but is believed to be the Paradise Walker-Hill Casino recently endorsed by actor Robert De Niro – is supposed to be accessible only by foreigners, but the Seoul Central District Court ruled that the casino had enabled the locals’ entry by issuing them bogus Bolivian residency cards. Only one of South Korea’s 17 casinos – Kangwon Land – permits locals to gamble.

A Vietnamese American gambler will have to wait a little longer to learn whether he can collect a US $55.5m jackpot. In October 2009, Ly Sam believed the slot machine he was playing at the Sheraton Saigon Hotel’s Palazzo Club in Ho Chi Minh City was telling him he’d won $55,542.291.70, despite the fact that (a) none of the reels on his machine were displaying matching symbols, (b) the machine’s maximum payout for the stakes Ly Sam was wagering was listed at a mere $7,500, and (c) the alleged winning amount was displayed on the wrong part of the game’s screen. Dai Duong Joint Venture Company, which operates the Palazzo Club, immediately informed Ly Sam that the result was “invalid,” but Ly Sam wasn’t about to give up that easy. A hearing was scheduled this week at the District 1 People’s Court, but Tuoi Tre News reported the date was postponed after prosecutors claimed they needed more time to investigate. They were likely too busy trying to get to the bottom of the case involving the guy who thought his gumball machine was supposed to dispense pearls and perfectly round rubies, emeralds and sapphires.