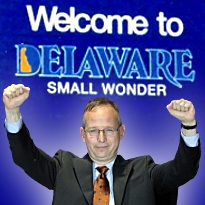 On Thursday, the California Horse Racing Board (CHRB) voted to take more time to contemplate the complexities of exchange betting at state racetracks. The decision effectively kills the chance that exchange wagering would be available at quarter horse track Los Alamitos this summer. Earlier this month, the Thoroughbred Owners of California (TOC) deferred until 2013 a decision on whether to permit exchange betting at its tracks, leaving Betfair’s US subsidiary TVG fuming and pinning its hopes on the quarter horse tracks. Daily Racing Form reported that TVG and Churchill Downs’ online operation Twinspires had planned to ask the CHRB for permission to start quarter horse exchange betting this summer, but the applications weren’t heard following the CHRB’s decision to study the issue in greater depth. The matter may now not come up for debate again until July 19 or Aug. 23, leaving little hope that the option will be available anywhere in California in 2012.

Also on Thursday, Delaware Gov. Jack Markell (pictured right) added his signature to the state’s online gambling legislation, the Delaware Gaming Competitiveness Act of 2012. The move officially makes Delaware the first US state to legalize online gambling other than poker, including slots and table games. Delaware is eyeing a January 2013 launch for its online gambling regime, which will reportedly include mobile betting options. The current plan is for the websites of Delaware’s three racinos to act as gateways to the online gambling product, which will be overseen by the state Lottery office, with the backend supplied by a third-party tech provider.

Markell waited only a day after the state Senate approved the bill before adding his signature, reflecting his desire to beat the Saturday deadline that marks the end of the current legislative session. Markell’s swift action also puts paid to suggestions that the Senate vote might have been in jeopardy following one Senator’s rather embarrassing admission. Following Wednesday’s vote, Democratic Sen. Robert Venebles claimed he hadn’t realized what he’d been voting on due to not having his hearing aid turned on, conjuring up images of Mrs. Richards in that old Fawlty Towers episode and confirming in the minds of many the stereotypical view of American politicians as both uninformed and uninterested.