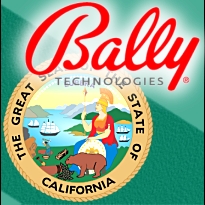 A California Senate committee will meet Tuesday (12) to discuss Sen. Rod Wright’s amended SB1463 online poker bill (read it here). Wright’s new draft attempts to placate the very vocal opposition expressed by the state’s Indian tribes to Wright’s previous effort. For starters, the bill is now poker-only: the provision to add slots and table games to the mix after two years is toast. Also removed is the requirement for the tribes to waive their sovereignty in order to have their online poker license application considered. Tribes now merely have to waive their immunity during the application process, a hedge that not all tribes are expected to welcome. The continued presence of racetracks and advance deposit wagering sites on the list of eligible licensees will also not sit well with most tribes.

Other changes include a halving of the license duration from 10 years to five. The $30m application deposit remains, but the term during which this amount will be credited against fees owed to the state has increased from three years to five. (Once this deposit is exhausted, the licensee will begin making monthly payments of 10% of gross gaming revenues.) Also intact is the $1m-$5m fee to allow oneself to be poked and prodded for suitability by California regulators (although anything left over after they’ve removed the flashlight from your back passage will be refunded). The state reserves the right to change the fee structure after five years (up from three).

The bill also changed language regarding a licensee’s ability to partner with technology suppliers. The original clause barring any company that took wagers from US citizens after Dec. 31, 2006 has been amended to exclude only those companies that “knowingly and willfully” engaged in such nefarious antics. The reason for the change is, for the moment, unknown, but it’s been previously suggested by poker blogger Haley Hintze that the original selection of the Dec. 31 date – as opposed to the more logical October 13, 2006 date on which President George W. Bush signed the Unlawful Internet Gambling Enforcement Act (UIGEA) into law – was a way of bringing current Bwin.party co-CEO Jim Ryan in from the cold.

In 2006, Ryan was still at the helm of Excapsa, the parent company of online poker site Ultimate Bet. It’s not precisely clear when Ryan officially fled the Excapsa nest, but the last recorded public document on which Ryan’s name appears in connection with Excapsa was a Canadian court’s approval of the company entering liquidation on Dec. 22, 2006. Bwin.party signed a joint venture online poker deal last month with California’s United Auburn Indian Community, a deal that could have been in jeopardy if the UIGEA signing date was chosen as the ‘suitability’ cutoff. Guess there are some instances in which lobbyists really are worth every penny.

BALLY GETS FIRST NEVADA NOD
On Wednesday, Bally Technologies became the first company to receive a recommendation from the Nevada Gaming Control Board (GCB) for an intrastate online poker technology provider license. The recommendation – a US first – still requires the state Gaming Commission’s stamp of approval at its next meeting on June 21, but serious opposition isn’t expected. As live-tweeted by the Las Vegas Review-Journal’s Howard Stutz, the hour-long hearing focused mainly on the activities of Chiligaming, the French online poker operator whose B2B iGaming platform Bally acquired in February.

Bally’s reps were keen to stress that the Chili deal had been for “technology and people” as opposed to acquiring a company and “inheriting their history.” Regardless, Bally claimed to have checked Chiligaming’s history between 2008 and 2011 and found no evidence of US players using the site. In the audience watching the proceedings were prospective applicants from Cantor Gaming, Caesars Interactive, Shuffle Master and South Point. Bally rival International Game Technology will take its turn before the GCB on Thursday.