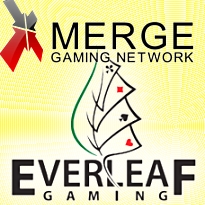 The Everleaf Gaming Network’s public statements that it is doing everything it can to refund US players’ account balances are a sham, according to a US-facing third party payment processor. Following Everleaf’s February announcement that it was exiting the US market after the seizure of funds from one of its payment processors by the US Secret Service, PICCLUB’s Chuck Kidd says he reached out to Everleaf to help them resolve their US player issues. Kidd told PokerFuse he “made an offer directly to [Everleaf’s} CFO that if they wanted to pay US players, they could use PICCLUB.” Kidd not only claims this offer was rejected, he suggested Everleaf had no intention of making good on their US player debts.

Kidd further claimed that Causash Establishment – the Washington State-based processor whose demise allegedly precipitated Everleaf’s decision to exit the US market – was never a full-fledged processor, merely an “agent office,” i.e. a bank account fronted by a key official connected to Everleaf. To date, the only repayment solutions Everleaf has offered its former US players have been either difficult (opening a bank account outside the US to which Everleaf could transfer one’s balance) or impossible (opening accounts with Moneybookers or NETeller, neither of which serves the US market). Regardless, it’s another black eye for Malta’s Lotteries and Gaming Authority, which sanctioned Everleaf after discovering a “number of irregularities” in its operations, but has, as yet, proved as ineffectual in producing a satisfactory conclusion to this situation as it has with another troubled (former) licensee, Purple Lounge.

In other poker-room-behaving-badly news, blogger Haley Hintze detailed the recent efforts of Norwegian tax authorities to get answers on the collapse of Absolute Poker’s former holding company Madeira Fjord (MF). The company’s court-appointed bankruptcy attorney has gone to US District Court in Illinois seeking documents and a deposition from former MF chairman Ron Janusz. The court issued a subpoena, which prompted Janusz to lawyer up, and a hearing is scheduled for June 14. Meanwhile, June 28 may or may not confirm the plea deal struck between AP co-founder Brent Beckley and US prosecutors to resolve Beckley’s Black Friday charges. Last month, Judge Lewis Kaplan suggested the deal’s 12-18 month sentencing guideline might not be “appropriate” given the extent of Beckley’s antics. Then again, Kaplan had similar issues with deals struck by other Black Friday defendants, including ex-banker John Campos, but ultimately accepted them as written.

Finally, a credit/debit card scam appears to be targeting users of the Merge Gaming Network. Over the past week, poker forum TwoPlusTwo has been filling up with warnings from Merge players that their credit card statements show very minor charges ($1-$10) apparently designed to test that the account is valid, followed by more substantial charges (up to $1,500) for purchases of gift cards and mobile phones. While former Merge skin Lock Poker has since decamped to form the Revolution Gaming Network, Lock players are among those reporting fishy transactions.