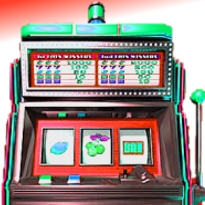 Portuguese-language newspaper Jornal Tribuna de Macau reports that budget airlines now account for 30% of arrivals at Macau International Airport, reflecting the growing ranks of the Chinese middle class. While the mass-market gambling segment is still a fraction of the VIP market, mass-market growth is outpacing that of the VIP segment, and Inside Asian Gaming reports that these mass-market gamblers are increasingly taking an interest in Macau’s slot machines.

In 2003, back when Stanley Ho still held an effective casino monopoly, Macau’s estimated 800 antiquated slot machines contributed about $29m (less than 1%) to the enclave’s total gaming revenues. Much as the accepted wisdom holds today, the belief then was that the average Chinese gambler didn’t place much faith in betting machines. ShuffleMaster Asia VP Ken Jolly believes a lot of that was due to the fact that “some of these people, particularly the Mainland Chinese, hadn’t seen a slot machine. They didn’t really know how they worked.” Now that more and more Chinese are making the trip to Macau and seeing the machines in action, “there seems to be more of a community of people learning about new games.”

There are now more than 16k slot machines in Macau, and their share of the overall revenue pie has grown to 4.5%, good for revenues of $1.43b in 2011 (roughly half of the Las Vegas Strip slots win for the same period). Since 2004, slots revenue has grown 16-fold, compared to a five-fold increase in VIP baccarat and seven-fold growth in mass-market tables revenue. On a percentage basis, slot revenue growth has outpaced that of the overall market by a 3:1 margin. Aristocrat’s Asia-Pacific GM David Punter says there is “a real slot player coming from Mainland China and from Hong Kong, and this is greater than what we all thought originally from a tables perspective. There’s a market there.” The hope is that this growing slot market will help smooth out the rollercoaster revenue swings that come from an over-reliance on high-volume low-margin VIP baccarat.