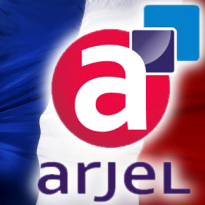 Figures released by French gaming regulators ARJEL show an uptick in sports and horseracing betting at regulated online operators in Q1 2012, but poker continues to slide. Sports betting turnover rose 14% to €175m, while gross gaming revenue was up 7% to €37m. Racing produced turnover of €291m (+13%) and revenues of €69m (+20%). Turnover from poker cash games fell 5% to €1.69b, but tournament entry fees were up 26% to €367m, reflecting players’ desire to seek relief from the steep government-mandated rake imposed by the regulated sites. The net result was a 3% overall poker revenue drop to €83m.

Mobile betting has increased in popularity over the past year, with the percentage of sports bettors wagering on the go more than doubling (from 7% to 15%) and almost quadrupling for poker players (from 4% to 15%), spurred by France’s recent approval of gaming apps from a variety of operators. The mobile surge wasn’t enough good news for operator Société Jeux 365, who decided last week that it had had enough and requested that ARJEL revoke its gaming license. Of the 41 operators who once held French gaming licenses, 32 are still holding out.

A closer look at France’s numbers reveals a generational divide taking place, with younger bettors increasingly choosing to wager with online operators not sanctioned/burdened by French regulators. Horseracing, which has never quite caught on with younger bettors, saw the number of active accounts rise 9%. But the number of active sports bettors fell 3% overall, and betting with regulated online operators fell 44% among the 18-24 age demographic. Poker accounts held by this same age group dropped to 230k from 340k in 2011. Players under the age of 35 now constitute 55% of the total pool, compared with 61% in 2011.