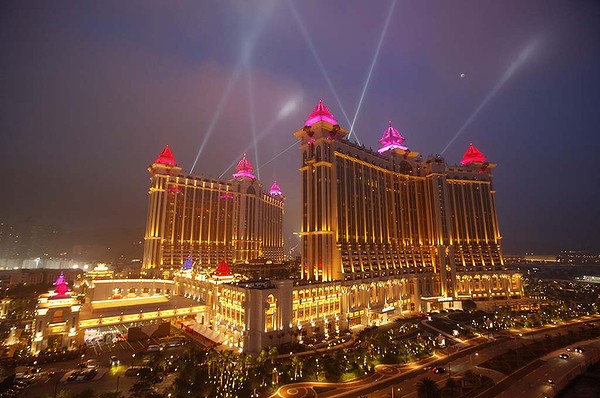 Galaxy Entertainment Group has passed two of their Macau competitors in terms of market value. It’s been almost a year since the Galaxy Macau opened and the company celebrated by passing both SJM Holdings and Wynn Resorts. Bloomberg report Galaxy shares have risen 4,306 percent in less than four years and they passed Wynn Resorts when their market value reached US$12.58 billion on April 16. SJM was passed back in March and they could stretch the lead even further when work is completed on the next phase of the sprawling Galaxy Macau complex.

A Taiwan-based airline has increased the amount of flights available to Macau. Mandarin Airlines have started flying from the central Taiwanese City of Taichung. According to Macau Business, visitors from the island had only been able to reach the enclave from Taipei in the North and Kaohsiung. There will be seven more round trips per week under the new agreement.

Macau’s decision not to restrict travel has been met with optimism by one analyst. The Las Vegas Review Journal report Union Gaming Group principal Bill Lerner told his company’s clients the enclave choosing to stay relaxed with regard travel was good news. He mentioned Las Vegas Sands Corp as one company that will welcome the news after the opening of their new Sands Cotai Central venue. Lerner commented: “The additional ferry sailings would be a positive for all Macau concessionaires, although with a greater benefit for Cotai operators, especially Sands China with the most Cotai exposure.”

SJM Holdings offered record prize money to celebrate the tenth anniversary of their sponsorship of the Macau Derby. A press release from SJM said the prize money, of HKD2.6 million, was the most in the history of the race. The first prize was won by Elderly Paradise and SJM CEO Dr Ambrose So added: “[I am] pleased to join hands with the Macau Jockey Club in bringing more diversification to Macau’s tourism and leisure for the benefit of our many visitors.”