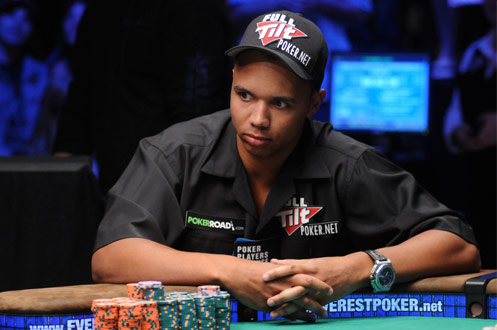 March Madness kicked off last Thursday and sports fans from all across America will undoubtly be spending the rest of the month obsessing over their brackets as the tournament plays out. It’s a month of lopsided matchups, Cinderella stories, and sure things gone wrong. It’s a tournament where every participating team dreams it can win it all, even the underdogs facing steep odds against powerhouse programs.

It was this that got our resident writer and poker expert Jason Kirk wondering came “if poker went over even half as well on American television as basketball does, what might a March Madness tournament for poker look like?” With that in mind, he started drawing up a design for my ultimate poker tournament, which you can view here.

With this, we forwarded the question to you guys to find out who would win our readers’ “If March Madness Were Poker” bracket. Here are the results.

Right at the top of the poll was Phil Ivey with 43%. Being Bluff Magazine’s Player of the Decade back in ‘09, it’s hardly surprising he was voted the favourite by you guys. 2008 World Series of Poker $1,500 Pot-Limit Omaha event winner Vanessa Selbst was polled a not-so close second with 21%, drawing with “Other”, also at 21%.

Jason Mercier was voted a disappointing fourth with 12% of the votes, but not as disappointing as Sam Stein who was polled last with just 3%.

If you couldn’t get enough of last week’s poll, why not get stuck into our next poll on the right-hand side, which asks: “If money were no object, where would your next gambling vacation be?”