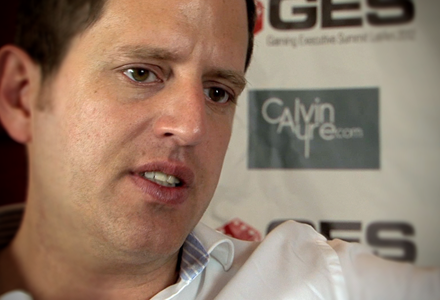 Marcus Geiss has been at lottery specialists Tipp24 since 2003 and has over 10 years of experience in the global gambling industry. The firm specializes in lottery brokerage for the European market with much of their activity in Germany. Founded in 1999 in Hamburg, they are the infrastructure behind sites that sell tickets for customers playing state lotteries in the central European country.

The 40-year-old works as general manager for the company’s Italian subsidiary, Puntogioco24. In addition he’s been an Executive Board Director since July 2011 and is responsible for corporate and business development. In the past Geiss has held various positions at Tipp24 including head of corporate development and a previous term as a member of the executive board from March 2008 to March 2009. Before joining Tipp24 Geiss completed a degree in business administration at the University of Cologne and later embarked on his masters in private equity from the Politecnico di Milano.

Much of Geiss’s work is focused on Tipp24’s future markets with foreign business an area of particular relevance. At the recent Gaming Executive Summit (GES) in Panama he spent time explaining how taking paper-based lotteries online is the next step in Latin America. Many in the past have worried that taking it online will make it obsolete and that it’s a worrying medium for the lottery industry. His second appearance at the event took in a round table looking at the next generation technology user and how to embrace them.