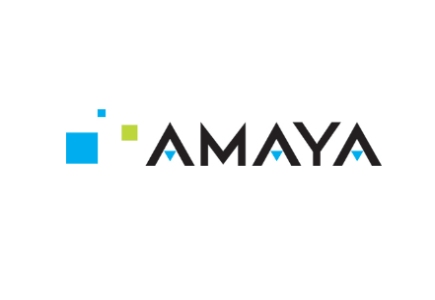 Amaya Gaming Group saw expansion in the Caribbean and Africa contribute to an extremely successful year and final quarter. Revenue was up 204% to $18.38 million as the decision to acquire Chartwell already started to pay dividends. Gross profit increased to $17.02 million (from $4.73 million) and was almost 100% of the revenue being taken. Q4 revenue also saw an astronomical rise of 353% to $9.49 million and special praise was reserved for the deployment of Mosino systems in the Caribbean as well as online gaming and SMS gaming in Africa.

“Amaya capped a breakthrough year with an outstanding fourth quarter,” said David Baazov, president and CEO at Amaya.  “We tripled revenues in 2011 as contract wins turned into active deployments.  This was the first year in which we gained real traction in the government solutions vertical.  And in the hospitality vertical, we deployed a significant number of Mosino units which will strengthen the recurring revenue stream.”

In terms of the future, Baazov added: “Looking ahead, we see additional opportunities in the public sector, as more governments – including several in North America – are considering the expansion of regulated gaming activities in their jurisdictions.  Even on the strength of the existing contracts we have already deployed or are in the process of implementing, we are very well positioned for continued rapid growth in 2012.”

Alderney’s Gambling Control Commission has handed out its 100th ever iGaming licence, the lucky recipient being the Relax Gaming Network. The casino, bingo and software development firm was granted the licence last week and Robin Le Prevost, the island’s head of commerce, said it affirms their status “at the forefront of e-gaming regulation”. At the same time he warned: “The commission have got very high standards … they’re not going to lower that in anyway just to attract more numbers.”