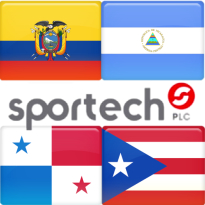 Ecuador’s casinos closed their doors for good Friday night, following a national plebiscite last May in which a slim majority of Ecuadorians opted to eliminate gambling joints to cut down on “social problems.” In September, President Rafael Correa ordered the nation’s unlicensed gaming parlors to immediately close up shop, while registered casino and bingo halls were given a six-month window in which to wrap up their affairs.

While local media claim that some casinos are already defying the ban, the Ministry of Tourism’s legal advisor Roberto Hidalgo said any gaming hall still operating after Friday will face “potential criminal sanctions.” Hidalgo said “controls” will be imposed to ensure compliance. Pedro Sanchez, former manager of the Montecarlo casino in Quito, told Agence France-Presse that the prohibition would simply drive gambling underground. “Mafias will be competing for the trade with a gun.” Anibal Iturralde, a senior citizen who frequented the Montecarlo, said the government was treating gamblers like children. “We are adults who are just seeking a little joy, not idiots coming to squander our money.”

A little north in Panama, local gaming industry association ASAJA says gaming generated north of $1.4b in economic activity in 2011, up 17.5% over 2010. Panama hosts 26 gaming halls, 16 casinos, 13 sportsbooks, one bingo hall and one racetrack. Slot machines are by the far the most popular form of gambling, accounting for 75% of all wagering, with table games a distant second (19%) and horseracing in third (3%). ASAJA president Antonio Alfaro says the state reaped $63.1m via taxes on gaming activities in 2011.

A little more north in Nicaragua, Grupo Beneficial announced it would submit a bid for a new 20-year gaming license before March 31. Nicaragua passed legislation in 2011 designed to add a degree of certainty to gaming operators’ plans, and to possibly lure operators from neighboring Costa Rica, which had contemplated imposing stricter regulations and more punitive taxes on its land-based casino sector. Grupo Beneficial’s parent company Beneficial Holdings operates gaming operations in several Nicaraguan cities as well as running online operations at sportsbook.cr and bet.cr.

Shifting east to Puerto Rico, European pool and tote betting operator Sportech has inked a deal with San Juan racetrack Hipodromo Camerero to operate the island’s first online gambling site, GanaDondeSea.com. Sportech has supplied the track with parimutuel technology for two decades, but Hipodromo CEO Ervin Rodriguez hopes the online offering will enable it to reach customers who may fancy the idea of betting on bob-tailed nags but don’t fancy the prospect of doing so amidst the aromatic bouquet of freshly dropped road apples.