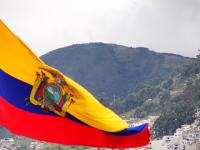 Ecuador’s casinos have received a six-month notice to GTFO of the country. The President’s office announced on Friday that the owners of premises conducting casino business across the country would have to shut within six months.

Owners had hoped that it would be as long as five years until the controversial new laws were enforced. Even the least optimistic casino business owners speculated that they would be given between one and two years to close their premises down. President Rafael Correa confirmed that in August when he told them they would have one to two years. He has now reneged on.

Six months is like your partner acknowledging there are problems in the bedroom that you’ll work at and then dumping you before you’ve even bought the Viagra or joined a swingers club.

The decision came after a referendum endorsed by President Correa was passed in May that outlaws the entire gambling industry. The closures will cost around 3,200 jobs and Correa explained that the job losses shouldn’t be an excuse to continue to allow gambling. Poker News carries comments made by Correa last year, when he said, “If we followed that argument we would also keep allowing arms production because people would lose their jobs. We would allow loan-sharking for the same reason.”

Voters agreed, back in May, that the country should outlaw gambling to prevent social problems amongst the vulnerable and you have to believe that this will be Ecuador’s loss. Many of the firms operating have already started to move their businesses elsewhere. Banning the gaming industry in a part of the Latin American market that is continuing to grow could turn out to be a foolish idea.