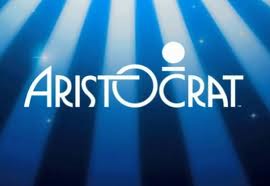 Aristocrat Technologies has announced its Tarzan Lord of the Jungle
video slot game has had more than 1,000 Units installed in North America.

A press release announced by the company today states the game has “now been
certified as Aristocrat’s best performing slot game in 2011, achieving the incredible
milestone of more than 1,000 units installed in North America.”

The independent Roth-Fantini Q4 2011 Slot Survey has also ranked Tarzan Lord of the
Jungle as one of the top performing lease titles in the marketplace.

Aristocrat Americas President Nick Khin said: “As we were developing the game we
knew we were on to something big, and the customer feedback we received during
the development process was extraordinarily positive. Now our own numbers and
independent numbers prove that we have delivered a clear runaway hit.”

Tarzan Lord of the Jungle was the beginning of an incredible game franchise, and
Aristocrat will soon be revealing the next game in the series, Tarzan & Jane Forbidden
Temple.

That wasn’t the only news from Aristocrat Technologies today. The company also
announced the public debut of its first game developed for Spain’s Type B bar
market, Desert Magic.

“Desert Magic’s complex maths and high definition widescreen animations combine
to deliver a game that has all the ingredients set to change the gaming landscape in
Spain,” he added

The game appear on stand C19 at the FER-Interazar show in Madrid across 26-28 March.

For its first quarter of fiscal 2012, the Company reported net income of $858 thousand
compared to a net loss of $288 thousand in the comparable quarter of 2011. Significant
factors attributing to the improvement include $1 million in revenue from an intellectual
property license agreement that will allow a third party to utilise five of the Company’s
video lottery game titles in Illinois, a $898 thousand reduction in operating expenses,
$500 thousand received from a legal settlement, and a $300 thousand reduction in
employee costs.

The Company also announced that it has filed its Quarterly Report on Form 10-Q for the
first quarter of its 2012 fiscal year, with the Securities and Exchange Commission.