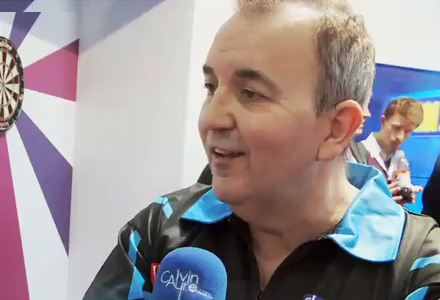 When you think of the epicenter of the world of darts there’s only one town you can start off in – Stoke-on-Trent. At its heart is Phil “The Power” Taylor. Here is a man that has single-handedly taken the sport by the scruff of the neck and made it his own at the same time the sport has undergone a move from smoky pubs to the all-seater arenas that number major cities across the UK and Ireland.

Taylor’s first title came in 1990, two years after he became a professional with the British Darts Organization (BDO). One more title followed in 1992 before Taylor joined all the previous BDO champions in creating the breakaway World Darts Corporation (WDC) – which eventually became the all-conquering Professional Darts Corporation (PDC). The split was an acrimonious one with the BDO breakaway players from the world championship. Ever since the BDO has been shown to be the more unprofessional of the brands and has languished ever since.

The one man arrows crusade began here as the Power took eight consecutive world crowns from 1995 to 2002 and another five in the preceding eight years. By now Barry Hearn, the sports promoting supremo, had got his mitts on the sport and was single handedly transforming it into the chosen viewing of lads countrywide.

Darts becoming so big on UK shores has much to do with Hearn taking the product onto Sky Sports and turning into a professional organization. Packaged up as a lads evening out, the event is fuelled by a few thousand twenty-somethings chanting along to songs, cheering on their favorites whilst jeering and booing the pantomime villain – not usually Taylor we might add. Most fans spend the evening watching men throw stuff at a cork board whilst paraded to and from the stage with a couple of beauties that wouldn’t look out of place as Ayre Heads.

Despite all this the pastime isn’t one that has travelled abroad well and it’s unlikely to unless a push in the amount of people playing it is seen elsewhere. It’s no coincidence the world’s best players are from the UK – with an honorable mention for the Netherlands – reflecting the popularity and relative ease of playing it on British shores. The pub is often the centre of the community and with a dartboard at its heart it comes as no surprise the Brits are so good at it.

As for Taylor his place amongst the sport’s elite will never be questioned and the impact he has had will be felt for generations to come.