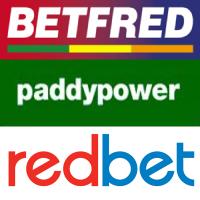 British bookmaker Betfred has been ordered to pay out £4million by Gibraltar gambling industry regulators. Their online arm, based on the Rock, was victim of a coup set up by Newmarket trainer Barney Curley back in May 2010. The trainer has outwitted bookies on a number of occasions and this time he had hoped to make five times the amount he has now been paid out. The Gibraltar Gambling Commission explained to the Daily Telegraph the dispute had never been to do with the money involved, adding: “Following conclusion of the investigation the operators have paid the bets as for them this was never a dispute about money.”

The Commission also reported that the operators had acted appropriately “at all times.”

Paddy Power’s controversial advertising campaign that began this past weekend will continue to adorn the screens of Channel 4. The broadcaster said it has no plans to drop the advert and a spokesperson told MediaGuardian it’s “up to our viewers to make their own judgment about the adverts they have seen.”

The same common sense was not present at ESPN where a spokesperson said: “We’ve reviewed the commercial in question, and have made an internal editorial decision that it will not run on ESPN.”

The number of complaints has now hit 473. As we’ve seen before the amount of complaints doesn’t count for even a shilling if the advert itself conforms to the Advertising Standards Authority (ASA) code.

Swedish-facing betting firm Redbet recorded a 16.1% increase in revenues last year as they showed signs of recovery. The full year revenue of SEK77.8million was in addition to losses decreasing from SEK29.1m to SEK3.5m. They also released results for the fourth quarter with revenue up 41% compared with the previous year to SEK24.1m.