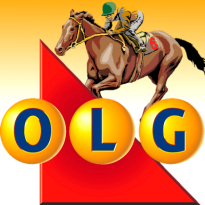 UPDATE: The Committee has unanimously approved Comartin’s bill, sending it back to Parliament for a third reading sometime this spring, after which it will move to the Senate, where Comartin expects it will be warmly received.

Joe Comartin, federal MP for Windsor-Tecumseh in Ontario, gave testimony Thursday before the Standing Committee on Justice and Human Rights regarding his proposal to open up single-game sports betting in Canada. Comartin’s C-290 legislation – which aims to repeal the section of the Criminal Code that makes it unlawful for provincial lotteries to offer anything but parlay sports betting – passed a second reading in the House of Commons in November and was sent to the Committee for further study. Ontario and British Columbia have expressed written support for Comartin’s bill to the federal justice minister, while the National Hockey League has voiced its opposition to revamping the status quo.

Comartin told the Committee that authorizing single-game sports betting “would provide Canadian gaming operations with a significant competitive advantage over US competitors.” Supporting Comartin’s argument was Bill Rutsey, CEO of the Canadian Gaming Association, who said the country’s gaming laws “currently do not respect the modern reality of sports wagering. This bill is a tool for both law enforcement and economic development. It’s a no-brainer – this is a way to catch up with what Canadians are already doing.” Rick Laporte, president of the union local representing workers at Caesars casino in Comartin’s home riding, said passing C-290 “would no doubt bring economic prosperity to our members and to the overall economy in Windsor.” Comartin estimated the bill “would generate about $70m in wagering in Windsor alone.”

Casinos located in Ontario border cities like Windsor have seen revenues drop due to a number of factors, such as the rise in the Canadian dollar’s value and increased documentation required to cross over from the US side. The entire province of Ontario faces a massive deficit due to (among other things) the erosion of its manufacturing base. Some of the tough-love financial remedies recently proposed in a report by former TD Bank chief economist Don Drummond include (a) closing one of Ontario Lottery & Gaming Corp.’s two head offices in Toronto or Sault Ste. Marie, and (b) closing Casino Niagara, one of OLG’s two casinos in Niagara Falls. Whether that would clear the way for OLG to open up a casino in downtown Toronto remains unclear, as both T.O. residents and city councillors are far from sold on the concept.

Drummond also suggested OLG free itself of its 15-year-old limitation to operate slot machines only at horse racing tracks like Toronto’s Woodbine. “OLG would make much more money if slots were permitted elsewhere, as they should be.” Drummond noted that the existing arrangement – scheduled to expire in 2013 – amounted to a $334m payday for racetracks in 2011, a sum that Finance Minister Dwight Duncan referred to as a “not sustainable” subsidy. (It’s only fitting that Canada, as part of the Commonwealth, would have its own Levy squabbles. But would that make PEI Canada’s “parasitic little island?”) The Ontario Horse Racing Industry Association (OHRIA) hit back at Duncan’s claims, saying the “slots-at-racetracks program is not a subsidy, it is a successful revenue-sharing partnership.” $334m tomato, $334m tomahto…