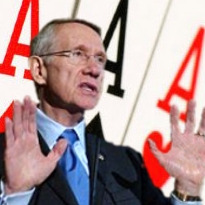 As US states frantically formulate plans to legislate intrastate online poker, Sen. Harry Reid (D-NV) is doubling down on his dream of federal poker legislation. Despite most observers believing that the Department of Justice’s pre-Christmas reversal on the scope of the Wire Act has shifted legislative momentum to the states, Reid sees the federal glass as half-full, telling Gambling Compliance’s Tony Batt that Congress now had “an incentive to get something done.” Reid confirmed that he was “making progress” with Sen. Jon Kyl (R-AZ) on cobbling together a poker plan that could gain bipartisan support in Congress.

Reid declined to confirm by what method he’d introduce his poker bill, but speculation is rampant that a poker provision might find its way into a Senate bill to extend the payroll tax deduction. That legislation is expected to come up in late February, but Rep. Barney Frank (D-MA) dismissed it as a potential vehicle, saying the timeframe was “too quick” if tribal interests – which Kyl is reportedly keen to satisfy – are to be properly addressed. Speaking at a Bank of America Merrill Lynch investment conference in Las Vegas this week, Dan Walsh, director of governmental affairs at law firm Greenberg Traurig, suggested the lack of specifics from the Reid and Kyl camps on how their poker bill would find its way onto the Senate floor was “intentional.” UIGEA/Safe Port Act payback time?

Behnam Dayanim, last seen repping Groupe Bernard Tapie in its discussions with the DoJ to reanimate the corpse of Full Tilt Poker, said the DoJ Wire Act reversal had put online gambling opponents in Congress on the spot. “You’re stuck. If you don’t do anything, it’s going to happen. Nevada has already done it, and other states are going to move forward as well and you’re going to have no control of it.” But Dayanim predicted a “painful birthing process” if states went their own way, possibly resulting in “malformed” regulation. “It’s very easy to get it wrong, and I don’t know I have a lot of confidence that a lot of states will get it right. Nevada will, but I don’t know whether any others will.”

While Reid continues to blow his one-note ‘we can do it’ trumpet, another staunch backer of federal legislation – American Gaming Association president Frank Fahrenkopf – struck an uncharacteristically despondent note, saying the current climate of congressional gridlock doesn’t bode well for online poker’s chances in 2012. Fahrenkopf told the Merrill Lynch conference attendees the “level of acrimony” that exists between the parties – which Fahrenkopf characterized as the worst he’d seen in 30 years – creates “a tremendous amount of difficulty.” As such, Fahrenkopf admitted he was “not looking forward to a lot getting done.”