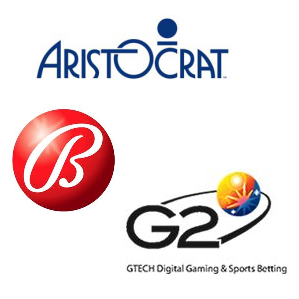 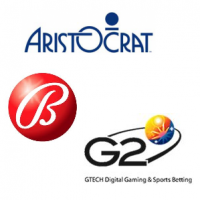 The ICE Totally Gaming conference is less than a week away, so we take a look at three of the gaming industry’s biggest companies to see what their plans are for the event.

Las Vegas-based casino game operators, manufacturers and distributors, Bally Technologies, has said it will exhibit “a large selection of innovative gaming solutions” in its stand 3540 at the ICE as it celebrates its 80th anniversary.

Bally’s Chief Executive Officer, Richard M. Haddrill, said: “We plan to unveil and spotlight Bally Interactive and what we can do with our deep library of proven casino-gaming content and popular licensed brands in the mobile, Internet, and social-media space.”

The 80 year old firm has also planned to exhibit around 60 game titles and system technologies, with new games Michael Jackson King of Pop, GREASE, and a video-slot adaptation of the arcade game SKEE-BALL.

“Our cloud-based mobile solutions, combined with our Remote Gaming Server for delivering Internet games, enable our customers to digitally deliver our phenomenal games and content onto nearly any multimedia-capable device,” Haddrill added.

The European arm of Aristocrat Technologies has announced it will use the ICE as aplatform to unveil a range of new games that “highlight the company’s strong pedigree stretching nearly six decades”.

Head of Product and Marketing at Aristocrat Europe, Bas Visser, said Queen of the Nile is one of Aristocrat’s keystone creations. “This game has been a global player favourite for 15 years and its appeal remains everlasting,” he said.

“Having recently made the transition to online platforms, it’s now ready to reign over casino floors once again in a two-game multi game format featuring Queen of the Nile Classic and Queen of the Nile Deluxe,” Visser added”

The Phantom, Thunder King, Hero’s Fortune and Hooray for Honeywood are another few examples of the games that will be on display at the company’s stand.

As for iGaming and sports betting industry service provider, GTECH G2 has planned to launch an array of new products and technologies at ICE 2012 in stand 5260.

For starters, the firm will be showcasing its first 3D game: Casino Job. A game “designed to excite and engage players as they adopt one of four true-to-life characters, including an Angelina Jolie lookalike, and crack into the casino safe against the clock”.

GTECH G2’s development of GMS Flightboard –which allows operators to communicate and interact with their players in real time – will also debut at the event, a statement revealed.

President and CEO of GTECH G2 and SPIELO International, Walter Bugno, said: “Everything that we are debuting at ICE shows our commitment to having more players playing our games than ever before.

“I am proud of the developments that we’ve made in the last twelve months, and I’m excited when I see what’s in the pipeline for the year ahead. I look forward to everyone seeing our entire product suite.”

Along with sister company SPIELO International, GTECH G2 will also be demonstrating its vision of a seamless player experience with games such as Book of the Sphinx, available on land-based gaming machines, online, on mobile devices, or on a tablet.

Want to know where the party is at once you’ve discovered what the iGaming business world has to offer at this year’s ICE? Check out Becky Liggero’s party schedule for the best events t head down to.