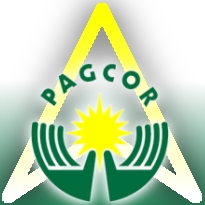 Continuing the positive momentum of recent months, the Philippine Amusement and Gaming Corp. (Pagcor) expects to close out 2011 with gross revenues up 17.8% over the previous year. Pagcor Chairman/CEO Cristino L. Naguiat Jr. said the state-owned gambling operator had already exceeded 2010’s full-year revenues of P31.46b (US $717m) by the end of November 2011, with recorded revenues of P32.5b ($740m) through the first 11 months of the year. When December’s figures are included, Naguiat expects full-year revenues to have increased P5.6b ($127m) – P3b from winnings at Pagcor-operated casinos and P2.6b from other gaming operations regulated by Pagcor. Naguiat expects the good times will keep rolling, forecasting a further rise of P3b in 2012.

Business World Online quoted Pagcor’s Chief Legal Counsel Jay Daniel R. Santiago as saying Pagcor intends to devise a proposed “mechanism to control online gambling” as the state agency increases the number of online betting stations outside the Cagayan Economic Zone Authority. “We are currently testing software applications in different scenarios. We aim to come up with a possible system by mid-year.”

The ‘online gambling’ system Santiago was referring to involves closed-loop electronic kiosks, but Pagcor is also looking to launch a web-based online gambling network. Three Clark Pampanga Freeport Zone-based outfits — Eagle Sky, Oxford, and Fontana — have received permits. Unlike the betting stations, this online option would serve customers beyond the Philippines’ borders, in countries where such services were legal, while using IP address identification to block access from locals. Pagcor had previously denied an application by PhilWeb Corp. to launch an online gambling site because it would have allowed Filipinos access. As Santiago told the Inquirer, “We don’t want to bring betting inside a residential house.” (At least, not houses in the Philippines.) Naguiat echoed Santiago’s vision: “Basically, the concept of this is that betting will be outside the country, not inside the country.” Naguiat figures Pagcor could reap P500m from such a system in its first year of operation.

Not all Pagcor news is about money coming in, however. TaxNews.com reports that Pagcor recently made good on some P857m in unpaid back taxes, most of which was incurred between 2004 and 2010 under the agency’s previous administration. Pagcor had initially balked at accepting responsibility for the debt, claiming it was supposed to be a tax-exempt organization, but a Supreme Court decision upholding the decision to strip Pagcor of its tax-exempt status left the agency with little option. Death and taxes…