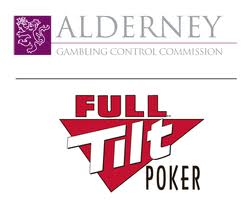 In the first update on the topic of the Full Tilt Poker scandal for quite a while – British players of the site have been urged by regulators to call the police if they believe they are a victim of crime.

The warning comes from the Alderney Gaming Control Commission (AGCC), which revoked Full Tilt’s licence late September last year. In a statement released yesterday, the commission said at the request of the police, it will “continue to log incoming player complaints” with all records being made available to the authorities.

However, AGCC exclaimed it no longer has authority to “intermediate or arbitrate on player issues or disputes with Full Tilt”, hence why players who have lost money and haven’t seen its return should contact their local police. These reports “will then be co-ordinated centrally” it added.

The statement on the Commission’s website ( which can be read here) gives players the following options:

“1. Full Tilt has been requested to provide a specific player contact: this is awaited and will be incorporated here upon receipt.

“2. Any player who believes they are a victim of crime, as a result of their dealings with Full Tilt, should in the first instance contact their own local police in their country of residence and report the matter to them. These reports will then be co-ordinated centrally.

“3. It is understood that a number of civil actions have been initiated by players against Full Tilt, some as class actions representing multiple players by UK, US and Canadian lawyers. Details of the firms concerned can be found through internet search.”

And that’s all for now folks. In the latest update on the topic for some time, there was no mention of Groupe Bernard Tapie’s November agreement with the US Department of Justice and Full Tilt’s previous shareholders to acquire the company for $80million. Nor did the statement allude to any details on player compensation packages despite the $150 million currently held by Full Tilt in its frozen player accounts.

Will calling the police really do the trick and help get players’ money back?