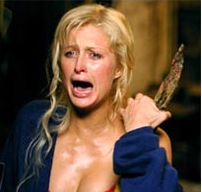 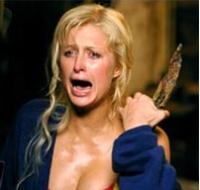 The Las Vegas Hilton Hotel-Casino will be no longer. Well, under that name that is. As of yesterday, it has officially changed its name to rid itself of its hotel chain moniker after a licence agreement expired when we entered 2012.

A Washing Post report states that the hotel-casino, that sits just east of the Strip, had its marquee changed to reflect the new name for the property – an all new and unoriginal sounding The Las Vegas Hotel & Casino, with a “Same Fame. New Name” motto. Hmm…better?

The newly named hotel-casino ended its agreement with the Hilton chain last year after struggling with financial difficulties, defaulting on a $252 million loan in 2010. Obviously, the change means the property won’t be affiliated with Hilton’s hotel loyalty program. However, hotel officials promise to keep the player rewards program and amenities.

This is not the first time the venue has changed its name. Back in 1969, Billionaire investor Kirk Kerkorian opened the property as the International Hotel before selling it to celebutante Paris Hilton’s great-granddaddy’s empire as part of his Holton hotel chain, being named Las Vegas Hilton in 1971.

The city of D’Iberville in Mississippi will be applying for a grant of up to $8.5 million to fund CanCan Casino infrastructure improvements, The Sun Herald has reported.

Originally estimated at $6 million, City Manager Michael Janus said at a council meeting yesterday that the new streets, water and sewer infrastructure proposed for the casino is now £2.5 million higher.

D’Iberville is also asking the Mississippi Development Authority for money to construct a new road to the casino. In order for the investment to go ahead, The MDA’s Economic Development Highway Program requires it to be greater than $70 million, which is all good and well because Janus said the CanCan project is around to $300 million mark.

Empire Resorts, which owns and operates Monticello Casino and Raceway in New York, has announced it received notice from The NASDAQ Stock market. This notice confirmed that the casino has regained compliance with the “$1 per share minimum closing bid price requirement” for continued listing on The NASDAQ Global market under the listing rules, a report by MidHudson News reveals.

After the company’s trading symbol changing to NYNYD  due to a reverse split of its common stock, it will now return to NYNY on 13 January when the market opens once again.