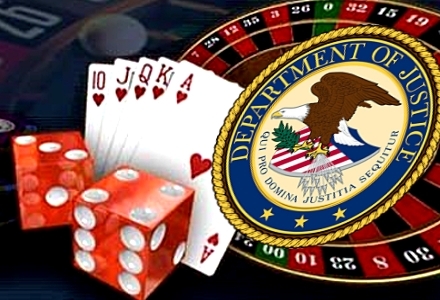 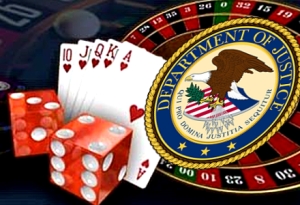 In the wake of the US Department of Justice’s pre-Christmas admission that the Wire Act applies only to sports betting, New Jersey state Sen. Raymond Lesniak says he may attempt to push a last minute online gambling bill through the Garden State’s legislature. Lesniak told the Associated Press that his state could be “the Silicon Valley of internet gaming. It’s the wave of the future. It’s going to come and we can be in the lead on it.” As yet, no new bill is scheduled for a vote, although Lesniak is hoping to get committee approval by Thursday (5th), a full vote on the 9th (the last day of the current legislative session), then on to Gov. Chris Christie’s desk for his signature.

Lesniak had successfully shepherded a similar online gambling bill through the NJ legislature in January 2011, only to see it vetoed by Christie in March. Seeking to alleviate Christie’s concerns, Lesniak amended and reintroduced his bill in August. Contacted by the AP’s Wayne Parry, a Christie spokesman said he didn’t know whether the governor would sign this year’s model. A Senate spokesman wasn’t sure whether support was sufficient to pass the bill quickly, while his Assembly counterpart declined comment.

Lesniak may hope his home state can take the lead, but New Jersey has lots of competition. The District of Columbia passed online gambling legislation in 2011, and only some second-guessing by timid DC Council members has kept the Intralot-powered system from going live. Council member Michael A. Brown, the momentum behind the passage of DC’s legislation, said the “vocal few” shouldn’t stand in the way of DC being “first to the marketplace.” As for the DoJ’s Wire Act reversal, Brown told the Washington Times that he and his fellow Council members “always knew [online gambling other than sports beting] was legal. It didn’t come as a shock to us. But other states might beat us to the punch, and that would be a tragedy.” Council member Jack Evans, the chief speed bump in iGamingDC’s path, has scheduled a Jan. 26 hearing on the system’s details. Evans says the desire to be first to market is “not the driving force for me. What matters to me is we get it right.”

The DoJ’s pre-Christmas gift is forcing more and more states to re-examine their stance toward online gambling. Tim Poulin, acting Director of the Maine State Lottery, told the Bangor Daily News that there were “no immediate plans … to offer any internet-based lottery sales,” but state Sen. Nichi Farnham, co-chair of the committee that oversees gambling issues, said she “would like to get ahead of [this issue] … to get something in place so that when, or if, this comes to Maine we have regulations in front of us.” Delaware Lottery Director Vernon Kirk said that while there was “still some legal interpretation to be done,” he believed there was “a great potential here … If we don’t get into the mix, we’re going to get left behind.” Even the director of tiny Rhode Island’s state lottery is weighing the pros and cons of going online.

US Digital Gaming, the turnkey solution provider whose CEO Richard Bronson has “always said regulated online gambling in the US would be a state issue,” told the Offshore Gaming Association’s Hartley Henderson that, whatever the desires of New Jersey and DC, Nevada will be the first state offering online poker, but that “state after state” will follow its lead. Bronson also feels that Caesars Entertainment will ultimately back off its insistence on a federal online gambling solution, but that this change of heart will be a matter of Caesars finally accepting reality. “There will never be a federal bill … Caesars can make all the demands they want but in the end the states will do what is best for their main interests.”

Federal law permits Indian tribes to match whatever level of gaming their home state allows, so tribes can also be expected to throw their hats into the intrastate online gaming ring where it becomes an option. But in a conversation with Indian Country Today, former National Indian Gaming Commission chief of staff Joe Valandra suggested he wasn’t convinced (yet) that the new DoJ opinion was “a big deal for the tribes because there’s only one state that has enabling legislation and that’s Nevada. Other states have talked about it, but haven’t passed anything. It has to go through a whole legislative cycle” before other states can follow Nevada’s example. Finally, the DoJ opinion has not gone unnoticed by foreign observers, in particular, the nation of Antigua, which waged a high-profile court fight with the US at the World Trade Organization (WTO) over the issue of online gambling. Despite Antigua prevailing at every step of the judicial process, the US has yet to make good on the financial penalties imposed by the WTO over America’s refusal to acknowledge that Antigua-based US-facing online gaming companies were operating within the acceptable parameters of international law.

Mark Mendel, general counsel for Antigua in their WTO tilt, called the new DoJ opinion “a very, very positive development … All the excuses [the US has] used in the past are now completely gone … The whole goal of the case was to allow us to offer these services fairly to American consumers and I think what this probably does … it gives us a chance to have market access which is what we’ve really been wanting all these years.” Mendel told the Antigua Observer that while the US will continue to claim that its laws prohibit international companies from offering services to US citizens, such a position “can’t stand. If they allow it within their own country then they have to allow it from other countries.”