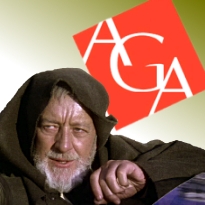 On Dec. 28, Caesars Entertainment filed an amended Form S-1 with the US Securities and Exchange Commission, suggesting the company really is serious about returning to the public markets. The prospectus talks up the company’s potentially bright future in the online gambling sector, noting its ownership of the World Series of Poker brand, already operating online in the UK. The company believes “that we will command, at a minimum, our fair share [of the online gambling market] in any legal jurisdiction” which is why “we support efforts to regulate the online gaming industry to ensure consumers are protected.”

Given that statement, one would expect Caesars to be supportive of the US Department of Justice’s recent about-face on the applicability of the Wire Act to forms of gambling beyond sports betting. With the path clear for individual states to launch legal intrastate online poker systems, and Caesars already having an online poker joint venture dance partner in 888 Holdings, it’s party time! Isn’t it?

Apparently not. Among the major US land-based casino bosses, Caesars’ Gary Loveman has been the most vocal advocate of federal online poker regulation, for the simple reason that setting up one national system would be infinitely less time- and labor-intensive than applying for licenses and setting up individual operations on a state-by-state basis. It would also be much cheaper. Lacking a lucrative casino presence in Asia, Caesars is in greater need of a new source of cash flow than the other casino outfits, having posted a net loss of $467m in the first nine months of 2011. Despite this short-term shortfall — and a total debt of $19.6b — Caesars has routinely been (by a wide margin) the most generous lobbyist of online gambling issues in Washington.

The American Gaming Association is attempting to ride to Caesars’ rescue by launching a disinformation campaign regarding the DoJ opinion on the Wire Act. In the video below, AGA president Frank Fahrenkopf essentially predicts online gambling anarchy will engulf America unless the federal government beats the states to the punch by passing the federal regulation that Caesars’ Loveman so desperately craves. While somehow managing to keep a straight face, Fahrenkopf claims the DoJ opinion has created ‘confusion’ in the gambling industry. (We may have misheard him, but we think he also says ‘these aren’t the droids you’re looking for’.)

Far from creating confusion, the DoJ opinion has removed the ambiguity that its previous stance had left in the mind of states that had always maintained that gambling decisions were theirs to make. There is nothing confusing about an admission that the Wire Act should be interpreted as written. If there’s any confusion here, it’s in the ranks of the AGA membership, who, if statements like Fahrenkopf’s are any barometer, are scurrying about like someone just kicked over their anthill.