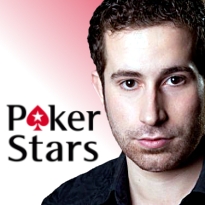 Rojas-Latraverse is said to be the only one of the four with whom Duhamel was acquainted. She was arrested on Saturday (24), while Perron and Lemay were picked up the following Monday. The Rolex Submariner watch presented to Duhamel by sponsor PokerStars following his WSOP triumph has been recovered as a result of the arrests (Perron, clearly not the brains of the operation, was reportedly wearing it at the time), but the whereabouts of Duhamel’s WSOP championship bracelet remains unknown.

In other Stars-related news, the company has announced it’s switching from its “dealt” method of calculating VIP player points (VPPs) to a “weighted contributed” method, meaning only players who actually put money into the pot will earn VPPs. The change will take effect Jan. 1. However, following a public outcry, Stars has backed off plans to change its method of rake calculation in ring games from incremental to ‘round half to even’ rounding. Rake caps and percentages on these games will remain unaltered.

Just before Christmas, Stars announced three additional stops on the European Poker Tour Season 8. The first is at the Casino Grand Madrid in Spain from March 12-17, followed by the EPT’s first ever trip to the Casino Municipale di Campione d’Italia in Campione on the shore of Lake Lugano from March 26-31. And as proof that Stars doesn’t scare easily, a return to Berlin (scene of the infamous EPT heist in 2010) is scheduled to take place April 16-21.

Finally, Stars has launched a new marketing campaign based around the tagline “We Are Poker” (or, ‘we are po-kah’, depending on your accent) The company has unveiled a pair of commercials, including the one below featuring Daniel Negreanu. Good production values and all, but frankly, we are underwhelmed.