Home / Sports / Jack Wilshere in hot water; Arjel has no reason to investigate 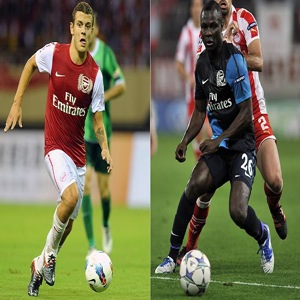 England prodigy Jack Wilshere is in hot water with UEFA looking into claims that he may have put money on a colleague to score. The TWouble arose after Tweets sent by Wilshere during Arsenal’s midweek fixture at Olympiakos suggested that he had been having a flutter on teammate Emmanuel Frimpong. Wilshere’s first tweet read: “Champions league tonight come on the Arsenal! @Frimpong26AFC 1st goal is 150-1… worth a cheeky £10 right?”

Further suspicion arose with Wilshere tweeting: “Frimmy nearly won me some money there!” after the midfielder had hit the side netting. Wilshere since deleted the updates and tweeted: “I didn’t actually bet on the game. I know we’re not allowed to! I was only messing #justtobeclear.”

Betting on games as a player is against the rules and a UEFA spokesperson said: “All persons bound by UEFA’s rules must refrain from any behaviour that could damage the integrity of matches and competitions.”

“A breach of these principles is committed by anyone who participates directly or indirectly in betting or who has a financial interest in such activities.”

Wilshere is currently out with an injury for much of the season and it goes some way to explain why he’s constantly on Twitter. Not wanting to band all footballers in the same boat or anything but if there’s one sport where they’d blatantly flout the rules and post it on a social network then this is it. Putting a wager on a match while you’re injured is hardly the crime of the century but the rules are there for a reason and put in place to prevent any type of corruption infiltrating European sport’s highest level

Arjel has concluded that there are no suspicious circumstances surrounding Lyon’s 7-1 win over Dinamo Zagreb. A statement from the regulator confirmed that there had been no questionable happenings in terms of betting that went on around the match, and added: “No irregularity has been detected concerning the total amount of stakes or the number of bets.”

UEFA added: “For the time being this system hasn’t shown any irregular betting patterns around [Wednesday’s] games or their outcome that would justify any enquiry on that front.”

The game was investigated after Lyon scored six second-half goals to swing goal difference in their favor and qualify for the knockout stages ahead an Ajax side that are now screaming conspiracy. If any fraud had taken place UEFA’s Betting Fraud Detection system, which monitors 29,000 game a season and data from 400 betting firms, would have caught it in their extensive net.