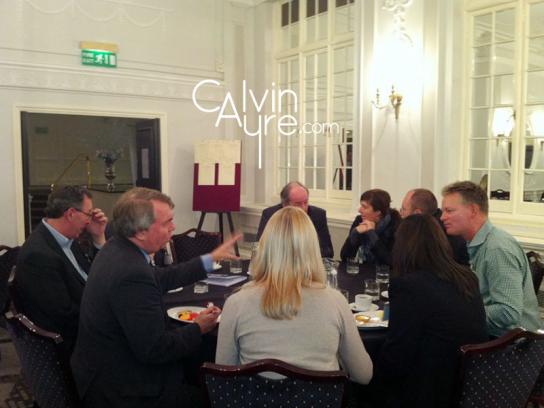 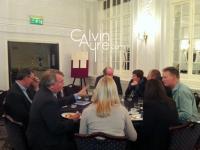 The International Gaming Law Summit is an annual London based conference put together by C5 bringing together lawyers, regulators and operators to discuss the regulatory issues surrounding Europe and the rest of the globe. The main goal of this event is to provide informative sessions and civilized networking during the lunches and coffee breaks.

This year the conference took place at Le Meridian Piccadilly and attracted around 100 delegates throughout the two days, less than anticipated because of last minute cancellations due to a civil strike in London complicating international travel.

Seeing as many of the delegates are working within the UK market, one of the more popular panels covered the proposed changes to the UK external licenses. Nick Nocton kicked off the session by explaining that the UK Gambling Commission is going to revise how remote gambling is conducted in the UK. Nick Hawkins was quick to chime in that it will be a while before anything actually happens, so there is plenty of time for the RGA and the operators to build a case for what they want.

Clive Hawkswood added on behalf of the RGA that the online gaming revenue in the UK is largely based around gambling tax as opposed to job creation and therefore he does not expect that the new regulation will require staff or equipment to be physically located in the UK. Hawkswood also emphasized that the UK consumers are the real winners here because the UK licensed companies are competing against each other for business. If the UK Gambling Commission sets taxes at an unreasonably high level, the UK consumer will take their business elsewhere which would not be good for UK license holders.

Gibraltar based William Hill has been very vocal about their concerns regarding the proposed changes to the UK remote gambling industry laws, especially the concept of taking tax from where the punter is placed vs. where the company is located. Andrew Lyman of Will Hill agreed with Hawkswood by stating that customer is king in the remote gambling market and that the tax rate must be a low as possible so the UK market is not distorted.

An interesting point made from the audience during the panel is that British companies such as Betfair are all for the new UK Gambling Commission legislation. However, Hawkswood did confirm that the RGA is in full discussions with the UK Gambling commission to discuss the situation, so not to worry if you’re an offshore company wanting to do business in the UK.

Another hot topic surrounded the new Danish legislation, a framework that many believe will be very successful and as German lawyer Wulf Hambach stated, it could be come the number one framework in the EU.

Henrik Hoffman, an expert on the new Danish legislation gave an overview of what the framework entails and some of the key points for operators looking to get into this market. 1)a .dk is not necessary! 2)there is no requirement to be an established company in DK 3)DK is working with other jurisdictions to make bilateral agreements to circumvent the requirement for serves to be located in DK. 4)there are two types of licenses, sports and casino and the casino license includes poker which is unusual in our industry.

Martin Thorvaldsson of Betsson finished out the session by stating that the Denmark regulation is a step in the right direction as the industry and the authority are aligned for once. It will be interesting to see how the new legislation works in Denmark from January 1st and onwards and if other jurisdictions looking to regulate decide to use this framework as their guide.

Of course no conference is complete without the trusty US Regulation panel, although this time around panelists were very clear to say, “don’t hold your breath”. Robyn Le Prevost of Alderney kicked off the session by emphasizing that “you have to be careful with what you wish for”. So many online gambling operators are wishing for regulation in the US but if we take a look at what’s happening in the EU right now with multiple licenses, big tax bills and other complications, we could see the same thing happening in the US. A regulated US market is not going to be the panacea that many are daydreaming about.

All panelists were in agreement that the only way for European companies to even think of entering the US market once it is regulated is by partnership with US operations, purchasing real estate and/or bringing technical knowhow to the table. In other words, European brands alone will be useless, so don’t focus on that.

On a lighter note, we had some fun on the second day of the conference when popular Italian lawyer Quirino Mancini made his grand entrance and presented a Spanish regulation update on behalf of his friend Santiago Asensi. Asensi was unable to present due to all the applications he has received from operators looking to get a Spanish license. You can learn everything about the new Spanish regulation from Santiago himself in his interview at iGB Espana, although Quirino did an excellent job “bullshitting”, to use his exact words.

All in all the conference itself was not as well attended and delegates had hoped, although there were some logistical complications due to the strike. In actuality, we’re seeing reduced delegate numbers as a recurring trend for all online gambling conferences due to the huge number of events around the world at present. Numbers aside, the timing was right to discuss the Danish regulation and to start thinking about plans for 2012 when it comes to licenses, fragmented Europe and the USA market.