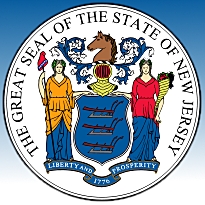 The New Jersey Senate State Government, Wagering, Tourism & Historic Preservation committee (gesundheit!) has voted 4-1 to approve legislation (S-3113) that would permit legal sports betting at casinos and racetracks — and also online – by state residents 21 years of age or older. In a November 8 referendum, New Jersey voters overwhelmingly approved the plan to amend the state constitution to permit the scheme to go forward (assuming the state attorney general succeeds in overturning the federal ban on sports betting in all but four states). The legislation will now go to the full Senate for a Dec. 15 vote. The state Assembly version of the bill is still at the committee stage. Gov. Chris Christie has already expressed his support for New Jersey’s sports betting legislation.

Sen. Ray Lesniak, the bill’s sponsor, dismissed the objections of pro sports leagues, noting that newspapers across the country routinely published betting odds on games for a reason – people are already betting on sports, and not necessarily in Las Vegas. “Do Congress and professional sports associations expect us to believe that these odds are published so New Jersey bettors can hop on a plane to place their bets legally? I don’t think so.” Lesniak also said the online component of the legislation was “a key portion of the revenue. All the studies we’ve seen determined that the internet part of sports betting is the most lucrative revenue raiser.”

The fact that US residents are already betting on sports online was key to the existence of Sports Offshore (SOS). Two of the principals behind the Antigua-based credit-betting operation are currently sweating it out as a Massachusetts jury considers a raft of charges against them, including money laundering and racketeering. But one of those defendants, Daniel Eremian, may be sweating a little less today after the jury asked a question of the federal judge handling the case. Specifically, the jury was “looking for clarification as to why Dan Eremian is being charged since all the evidence seems to be related to Todd Lyons.” Lyons was one of the 50-odd SOS ‘agents’ in the US that personally collected money from local bettors, while Eremian helped run the Antiguan side of the business. Judge Patti Saris urged the jury to continue deliberations.

In Las Vegas, a man accused of acting as a messenger bettor for a company linked to legendary sports bettor Billy Walters made his initial appearance in US District Court on Wednesday. Robert Walker pleaded not guilty to four felony charges of causing a casino to file an inaccurate Currency Transaction Report (CTR). Federal law requires a CTR to be filed for any transaction over $10k. Walker allegedly placed bets totaling $32,400 with the Golden Nugget Hotel and Casino Race and Sports Book on behalf of ACME Group Trading LLC, yet claimed he was placing the bets for himself. ACME was incorporated in 2005 by Walters, although he has not been charged in connection with Walker’s activities.