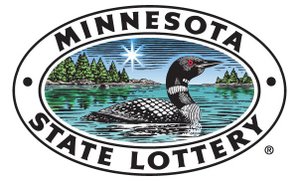 Private online gambling may be illegal in Minnesota, but recent reports have revealed there’s a “quiet revolution in gambling” underway in the North Star state – and representatives aren’t too happy about it.

The StarTribune reported yesterday that the Minnesota State Lottery is almost a year into an experiment to get more Minnesotans to gamble online through a subscription lottery service. Gasp!

So what makes it so secret? Well, the report maintains that there hasn’t been a single press release or announcement about lottery officials looking at the Internet to boost sales. It’s thought online is the way forward though, as more Minnesotans (who want to change the gambling laws) reject traditional lottery tickets, and become more comfortable playing games and buying goods online, like second-hand sex toys off eBay…presumably.

To shine a light on why it may have come about, acting Lottery Director, Jenny Canfield, said at a lottery seminar last year:  “We are seeing that decline and it’s happening very rapidly. We have to react quickly to grab back our players, to build up our player base again.”

What the critics had to say

Gambling critics are said to be surprised by the move, including legislators, who said they were “deeply troubled by what they see as secrecy, aggressive tactics and a bypassing of legislative approval.”

Assistant Senate Majority Leader David Hann – an Eden Prairie Republican who tried to abolish the lottery six years ago – called it “reprehensible”. Telling how he wants to explore whether the state lottery has the legal authority to sell tickets online, he added: “We are spending a lot of taxpayer money to lure people into throwing money down the toilet so we can spend it on something that we think is more important.”

Gov. Mark Dayton’s administration felt like the last to be in the know. Apparently they learned about the online ticket-buying service only late last week. Don’t you just hate it when that happens? Dayton spokesman, Bob Hume, said the practice “started before Dayton took office and that they have not looked into it.” Oh dear.

State Representative, Ryan Winkler, of DFL-Golden Valley, also had something to say about it. As a sitter on committees that review gambling issues, he said it should “absolutely” be reviewed by legislators. He added: “I certainly want to find out if they have the authority to do it. It looks like they are trying to avoid public attention.”

However, contesting those who denounce the lottery for keeping it all hush-hush, officials have said there was nothing secretive about the subscription service. Apparently, they intentionally staged a “soft launch” because they anticipated only a fraction of Minnesotans would use the system and they didn’t want to spook retailers who make a commission selling lottery tickets. Hmm, soft launch…clandestine…same thing right?

What was Canfield’s justification? “We had to be sensitive,” she said.

Nevertheless, lottery officials insist say they don’t need legislative approval. The reason? Their online subscription service, which allows players to gamble no more than $50 a week, is “electronic commerce” NOT “Internet gambling” and is within their guidelines.

Only a few states offer online lottery ticket sales like Minnesota, but legislators in other states such as New Jersey are now considering it. What a lottery pioneer Minnesota is. Although North Dakota and New Hampshire offer similar online lottery subscription services, and neither got legislative approval.

Office spokesman, Ben Wogsland, revealed that the Minnesota attorney general was never asked to review the idea, and said: “No one has requested it and no one has given any advice from our office.”

A spokeswoman for the U.S. Department of Justice – that has shut down numerous online gambling operations around the country – declined to comment on the legality of the online ticket sales.

There is no advertising campaign for the online service – which can be found by clicking Buy Online on the lottery’s home page – but nearly 8,000 Minnesotans are signed up for it. Subscription sales made up $607,000 of the $500 million businesses. “Some people just feel more comfortable online,” Canfield added. “Some more affluent people prefer it.”

The online subscription service allows Minnesotans to buy tickets for most lottery games around the clock. For those oblivious to how it all works and want a low-down, here are the terms and conditions:

Minnesota’s Internet lottery ticket sales are said to be an aspect of a long-term online strategy. This is due to the fact lottery officials realised that consumer habits have changed in the 23 years since Minnesotans changed the state Constitution to allow lottery gambling – especially among young adults.

Showing just how successful it is, even in a bad economy, the Minnesota State Lottery set a fourth consecutive sales record in fiscal year 2011, bringing in $504.4 million. With this in mind, do you think other states will follow suit? Or would the uncertainty of legislative approval be too much of a risk?

India continues to crack down on gambling as courts beg for clarity
Derek Tonin
19 November 2020
.