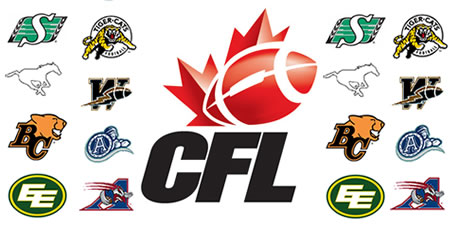 Bodog.net has signed a new partnership with the Canadian Football League (CFL) as the league’s free-to-play sports gaming and poker partner. As part of the three-year-deal the gaming site will have digital advertising, in-stadium promotion, category exclusivity, field logo and stadium signage for all play-off games and the 99th Grey Cup. In return Bodog.net offers a number of different leagues and it’s something that’s gotten those Canadians all excited.

“Fantasy leagues are a huge part of how fans interact with their favourite sports teams and leagues,” said Adrian Sciarra, Senior Director of Partnerships for the CFL.

“So signing with Bodog.net – a recognized leader in fantasy gaming – is good news for our league and for our fans.”

For anyone not enamored to the CFL of doing things, here’s a crash course. The game is played over a longer (110 yards) and wider (65 yards) field than the NFL with 12 players on the field for each team at any one time. It’s played over one less down than it’s American counterpart and although the talent is lesser it’s arguably a more exciting proposition.

During the current season, Bodog.net has been running the “CFL Parlay Pick’Em Contest” and is free-to-play. Winning a trip for four to the Grey Cup was never easier as you simply pick winners against the spread or over/under every week. Bodog.net is a valuable tool for anyone looking to learn the complexities of poker too. The site offers players the chance

This year’s Grey Cup takes place in Vancouver on November 27th and with half the regular season games decided in the last three minutes the game will be a competitive one.