Home / Poker / Is it a happy birthday for UIGEA? 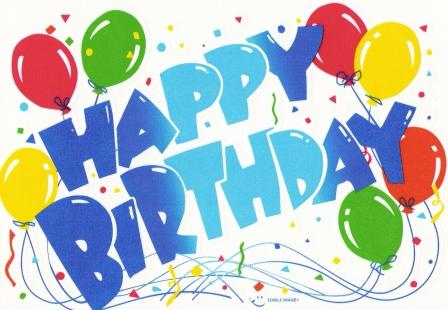 We’re going to take you back to this day five years ago. It was the day that George W Bush made a decision that would change the face of the Internet forever. Previous to October 13 2005, everything was different for Internet gamblers. It was okay to take part in a branch of the entertainment industry from your own home. They were the heady days when it was completely plausible to sit in your pink Y-fronts staring at a laptop screen in your basement. Then came UIGEA.

So a brief background on its life so far.

The Unlawful Internet Gambling Enforcement Act (UIGEA) being tacked onto the SAFE Port Act aimed to change everything. The act was written by Sen. Bill Frist and done so quickly that it was littered with spelling mistakes. It was also controversial enough that the US government was aiming to restrict the freedom of anyone to make a bet. This was before you take into account that the UIGEA was passed with little room for debate and the presence of certain persons in congress that far-from agreed with the act.

Overnight, a number of sites shut down their US operations and went into hibernation as shares plummeted – Party Gaming had 60% wiped off its value. Public-traded firms were hit harder than any others and as we know now, the privately-traded poker firms continued to take in players. The act wasn’t actually fully-implemented until June 1st 2010 and thanks to the vague working of the act, it wasn’t until Black Friday that anyone in the poker industry actually sat up and smelt the shit.

The Department of Justice (DoJ) had been getting tough. No one had really expected what was to follow. The four largest online poker sites (PokerStars, Full Tilt Poker, Absolute Poker and Ultimate Bet) were all indicted under the Wire Act and for breaking the terms of the UIGEA i.e. the illegality surrounding the transfer of money from a bank to a site that offers gambling. The cases are still playing out with some of those accused even fighting back against the DoJ’s dirty tricks campaign and that in turn meaning that this case has got some legs yet. Regular readers of the tablog will know that FTP has fallen by the wayside for its shading accounting and international operators have gotten the hell outta there. There’s more fruit in Asia anyhow.

What has actually changed since the UIGEA passing though?

The main thing it has done is facilitate Black Friday and the seizure of domains, funds and exposing the shading dealing behind the scenes at FTP. Since April this year, it has become increasingly harder to play poker in the US even though the act doesn’t define what “gambling” actually is. Poker isn’t included in the wording and the DoJ has preyed upon the financial transactions.

Chad Elie and John Campos are currently challenging the DoJ actions brought against them and depending on the outcome of that case, we are likely to know what the future of online poker in the US is. That in itself is a huge case and represents the first time the DoJ has been disturbed whilst eating their $16 muffins. The case is unlikely to have any effect on the US gambling industry or the aspirations of European-based public companies to enter the market. The status quo of the US market will stay as that for a number of years to come before intra-state poker roles over the next decade or so.

Looking back at the UIGEA, we can’t help but notice the stinging parallels with prohibition. Did it end drinkin’? No. It sent it underground and into the arms of organized crime as people still demanded it. By creating the UIGEA and not even making poker illegal your guess is as good as ours as to where this will go. Maybe if a raft of private companies hadn’t decided to go public then the UIGEA wouldn’t have been tacked on at such short notice. Companies still spending big on lobbying means the issue is still well and truly on the DoJ’s radar and they aren’t the kind of guys to forgive and forget.

Advancements have been made to fix the mess that the UIGEA left a lot of sectors in. The country’s horseracing wagering businesses had a mare as banks stopped processing payments to their sites even though there was nothing wrong with what they were doing. It meant a new bill being drafted to tell everyone that horseracing wagering is already legal. Thanks UIGEA. In terms of poker, Massachusetts looks like the next state having a stab at some kind of online poker legislation and without a Governor that fancies himself as a president they may have a chance.

In tribute to the UIGEA we was gong 2 litter thsi article with splelling mistakes. Unfortntely were in such a rshu we frgot. We’ll leave it to Team America to play you out…

How the summer looks for the US, Europe, and Macau
Rafi Farber
2 May 2017