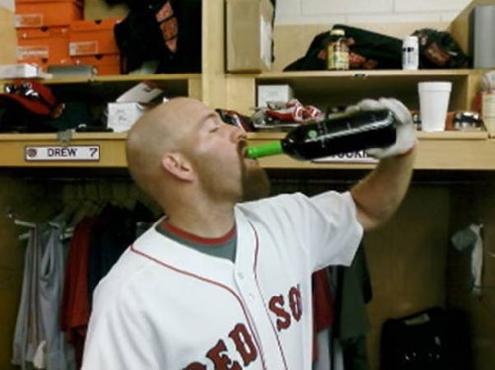 The Massachusetts legislature could be the latest member of the gamblin’ drinkin’ and carryin’ on club as it was revealed their casino bill plans could benefit those of us that like to have fun. The bill, which could be put to a final vote later this week, won’t include an amendment to stop casinos and slot parlors from serving free alcohol. This is a common occurrence in casino business venues in a number of locations. Non-inclusion of this amendment will have a wider effect for the entire state though.

Massachusetts’ Senate voted to repeal the 1984 statewide ban that would formally withdraw a ban on happy hours with free or discounted drink at restaurants and bars. Instead of the Bay State we might have to start called it the “Wahey State” if this one goes through.

Sen. Stephen M. Brewer, D-Barre, stated, “This is an amendment that really does help out local restaurants.” One can only assume that this was while he gulped down another Sam Adams, insisting “this one’s for the road.”

We were already impressed that online poker had survived the state’s latest casino bill going through but the fact that they’re also supporting the state’s right to drink shows that the puritans are not infiltrating any time soon. Regional opponent Atlantic City has been bestowed with the unfortunate honor of armed guards outside casinos. The closest Mass will get to this is seductive shot girls beckoning you into any number of happy hours taking place in downtown Boston. Massachusetts definitely knows what’s up when it comes to casino gamers and it look like they’re already coming round to the online gaming industry’s way of thinking as well.

Further debate is scheduled on proposed amendments to the bill later today and if the final vote takes place later this week, we will be finding out what’s going on with gaming in Mass very soon indeed. It still doesn’t get the Red Sox back in the playoffs. For that you’ll just have to bust out the 2004 World Series Champions cap, pretend you’re seven years younger and chant Manny, Manny, Manny!