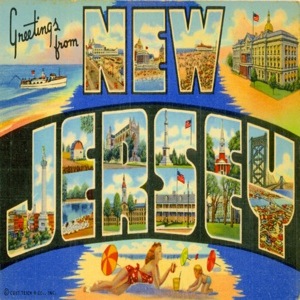 New Jersey residents have come out in support of sports betting being legalized ahead of a referendum on November 8. The folks over at Farleigh Dickenson University have released another PublicMind poll that shows over half of the state’s residents are in favor of the constitution being changed.

Peter Woolley, an FDU political scientist and director of the poll, said, “New Jerseyans are used to having gambling in their state, and used to having it in Atlantic City. I think they see this as revenue for the state.”

Voting showed 52% in favor of the measure that would need to see a federal ban of sports betting overturned before any movement is made. November’s ballot question asks whether “it shall be lawful for the Legislature to authorize by law wagering at casinos or gambling houses in Atlantic City and at current or former running and harness horse racetracks on the results of professional, certain college or amateur sport or athletic events.”

As we’ve identified before, sports leagues are the ones that will get their panties in a twist at the plans. It’s clear that none of them have ever been outside of the United States. Sports leagues in all corners of the globe are able to manage without widespread match fixing plaguing the sport every week – as long as a water-tight regulatory regime is in place. We’re not saying that match fixing doesn’t exist. With the correct regulation and policing, it simply isn’t the case that sports betting will trigger this off. Still rather unlikely that the sports teams in Jersey will agree.

The sports leagues might not matter a massive amount. With Atlantic City in support and the residents also seeming to back it up, the bill may “hit the ground running” after all. If there are changes at federal level, then sports leagues may be powerless to stop it taking place.