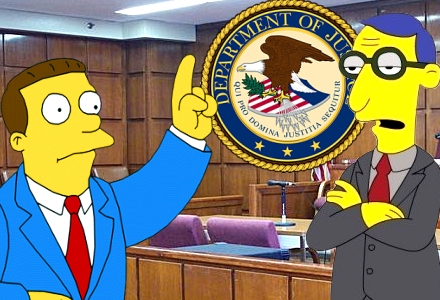 ARGUMENT 1
BANKS ARE EXEMPTED FROM CRIMINAL PROVISIONS OF THE UIGEA
Campos argues that the criminal provisions of the UIGEA do not apply to the bank or to him as the bank’s agent because the UIGEA provides an exemption for “financial transaction providers”.

In essence, Campos’ attorneys argue that the criminal sections of the UIGEA do not apply to SunFirst and that only the civil regulatory regime in the law is relevant (which requires banks to make efforts to identify and block money being sent to illegal gambling businesses). Campos argues that because the Act indicates that the relevant criminal offence is that “[n]o person engaged in the business of betting or wagering may knowingly accept, in connection with the participation of another person in unlawful Internet gambling” payment by certain types of financial transactions. However, the Act goes on to say that the term ‘business of betting or wagering’ does not include the activities of a financial transaction provider.”

Therefore, since the bank is a financial transaction provider, it falls under this exemption and that they cannot be prosecuted under the criminal provisions of the law.

ARGUMENT 2
SINCE BANKS ARE EXEMPTED FROM CRIMINAL PROSECUTION UNDER THE UIGEA, CAMPOS – ACTING AS ITS AGENT – IS SIMILARLY PROTECTED

The argument that Campos himself should not be liable under theories of Aiding and Abetting or Conspiracy is less straightforward. Campos argues that, since the UIGEA clearly intended to exempt banks from criminal liability, and since banks (as corporations) can only act through agents, the agent of the bank cannot be charged with aiding and abetting an offence that cannot be correctly leveled against the bank itself. Law supports this position.

However, a key question that the court will need to address is whether Campos was in fact acting as an agent for the bank when these arrangements were made. If he was acting outside of the scope of his agency from the bank, as seems likely given the subsequent statements by the bank, Campos will be on his own.

ARGUMENT #3
BECAUSE THE POKER COMPANIES DO NOT THEMSELVES RISK ANYTHING, THEY AREN’T “IN THE BUSINESS OF BETTING OR WAGERING”

Since the poker companies in this case wagered nothing and staked no risk on the outcome of the poker contests among the players, but merely provided a service for a fee, they were not “in the business of betting or wagering” and therefore did not implicate the UIGEA at all. Campos’ attorneys rely on a questionable linkage between the interpretation of the same phrase in the Wire Act and cites no controlling law.

The argument is novel, but the logic is questionable as this reasoning would mean that any operator running a pari-mutuel betting system (such as most horseracing wagering, jai alai betting, and indeed many lotteries) by definition are not running a business of betting or wagering, since they stake nothing and simply pool punter bets and withhold the vig as profit. Such a strainingly literal interpretation appears to run clearly counter to legislative intent and, frankly, common sense.

VERDICT: Worth a shot.

Attorneys argue that the definition of “gambling business” in IGBA only lists nine examples, all of which (1) the house plays against the customer and (2) they are games of of pure chance (e.g. casino games) or where bettors have no chance of influencing the outcome (e.g. bookmaking). Campos argues that even though this list is expressly intended to be illustrative and not exhaustive, that the court should extrapolate from these common characteristics and interpret the phrase “gambling” to limit the definition only to activities that share these characteristics.

This argument ignores the fact that IGBA lists pool selling (wherein the house does not play against the customers). However, more compellingly, the statute lists these examples explicitly as a non-exhaustive list, and attorneys are attempting to conjure a test for “gambling” from whole cloth.

ARGUMENT #5
POKERSTARS AND FULL TILT’S BUSINESSES ARE NOT “CONDUCTED” IN NEW YORK BECAUSE THEY ARE BASED IN AND OPERATE FROM FOREIGN COUNTRIES.

This argument is a waste of ink.

It is well-settled law in the US (Google “Zippo Internet Jurisdiction” if you must) that if you target US residents for an online service, or your website is anything other than static (essentially a digital print ad or billboard), then you are in effect considered to have “come to” the jurisdiction of your customers. It is difficult to conceive of a more interactive web experience than financial transactions enabling deposits and payouts and enabling active participate in online play.

ARGUMENT #5
BECAUSE THE UIGEA RELIES ON THE STATE STANDARDS FOR “GAMBLING” AND IT DOES NOT DEFINE WHAT “SUBJECT TO CHANCE” MEANS IN RELATION TO POKER, IT IS UNCONSTITUTIONALLY VAGUE

A great deal of effort is made attempting to support this hand waving argument, ranging from the federal government declining to decide by fiat whether any given game is covered, to statements by Eric Holder that he was not personally able to resolve the question of whether poker was predominantly a game of skill or predominantly a game of chance. However, it fails to persuade. Firstly, the phrase “subject to chance” is hardly unintelligible – it means subject to any measure of chance. The attorneys go to great lengths to suggest that there is a continuum of chance versus skill and that “subject to chance” must fall somewhere upon it, but somehow the attorneys are at a loss to place it. It seems on a straightforward interpretation that this is a simple matter – if the game has any element of chance, it falls within the scope of “subject to chance”; if it is pure skill, it doesn’t. Indeed, this resolves any potential conflict between the UIGEA and state thresholds, as the state thresholds will never be lower than the federal threshold (whether the threshold is “material element of chance”, “predominantly chance” or otherwise, it will always be higher than “subject to chance”). Laws are not constitutionally vague because they are difficult to figure out – they are unconstitutionally vague if they cannot be reasonably interpreted.

Attorneys argue that since the definition of gambling in IGBA is open-ended and since online poker does not share the above-noted common characteristics of the examples given, the definition must therefore be unconstitutionally vague and result in a “stong possibility” of arbitrary enforcement. The lawyers seem too exhausted even to try this one on credibly. Statutes include language and definitions all the time that is not exhaustively defined and is open to judicial interpretation – indeed, practically, this is one of the main functions of the appellate judiciary. This in no way renders a statute unconstitutional.

ARGUMENT #7
EVEN IF NOT UNCONSTITUTIONAL, THE UIGEA AND THE IGBA ARE VAGUE ENOUGH THAT ANY AMBIGUITY SHOULD BE RESOLVED IN FAVOR OF THE DEFENDANTS

There is a principle known as the “rule of lenity”, which essentially means that if the government has drafted a criminal statute such that it’s unclear, that ambiguity should always be resolved in favor of an accused. Basically, since the government is in control of the drafting, if the language is unclear, the court should not punish the individual accused for the ambiguity. Essentially, the accused gets the benefit of the doubt if the government created an ambiguity in the law. As such, it is argued, that since the UIGEA and IGBA are unclear as to whether they apply to online poker, then the defendants should not be subject to prosecution.

VERDICT: Persuasive, but only if no offence under UIGEA or IGBA, which is unlikely.

ARGUMENT #8
THERE CAN BE NO CHARGE OF WIRE FRAUD, AS A FRAUD CHARGE REQUIRES NOT SIMPLY A MISREPRESENTATION OR DECEIT, BUT ALSO CONTEMPLATED HARM TO THE VICTIM OF THE FRAUDULENT ACT. AS THE BANK NOT ONLY WAS NOT HARMED, BUT INDEED PROFITED, THERE CAN BE NO VIABLE FRAUD CHARGE

Unlike the wire fraud charge, where there has to be affirmatively contemplated harm, the bank fraud charge can be viable if the bank was exposed to even a potential loss. By mis-coding credit card and other transactions, at a minimum the structure exposed the bank to the potential loss of its Visa acquiring license, an incredibly valuable asset for a financial institution, in addition to potential fines by credit card associations and regulatory fines under the UIGEA. It is not necessary that the loss actually be sustained, only that the bank was exposed to potential loss.