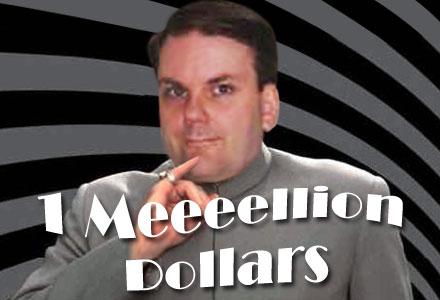 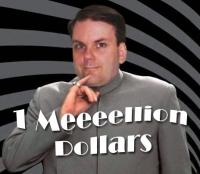 It’s a shame that after proclaiming to take the highroad in a statement released on their website, PokerScout.com owner Dan Stewart descended into arrogance and glossed over his ethical chicanery.

Stewart proclaimed his site is largely unaffected by Bodog Poker’s attempt to stop him from stealing and profiting off their poker data. He announced he will continue to provide “complete and unbiased data on the entire online poker market” despite requests to halt his unethical and potentially criminal behaviour.

Stewart proclamation of unbiased data falls apart in his very next statement.  As he admits that “the Bodog numbers are projections.” He tells his readers that, “if it becomes necessary (read Bodog’s blocking techniques work) they will publish estimates of Bodog’s traffic as they do with other untracked companies already on their website.”

We have to ask, if the numbers are fictional and not based on real data, why leave Bodog Poker or any other falsified data on the list. If the numbers are straight from Dan Stewart’s brain, why post them for his readers as an accurate reflection of a poker room’s data.

Stewart’s attempt to take the “High Road” continues as he discusses Bodog’s original request to be removed from the rankings.

“Bodog asked to be completely removed from the PokerScout.com website shortly after Black Friday. This caused a dilemma, because we try to keep a cordial relationship with all online poker operators, but in the end we had no choice but to deny their request. Our duty to our readers to provide neutral and complete coverage of the market necessarily took precedence over the wishes of a single operator.”

It sounds nice, really nice but it’s all bullshit.

After speaking with Bodog executives there’s more to the story than Danny boy is telling his readers.

There were a couple reasons Bodog asked for their removal from PokerScout.com after Black Friday. First was their commitment to targeting recreational poker players, they didn’t want to be listed on a site that bum hunters use to seek out the recreation poker players that Bodog attracts. We’ve discussed several reasons why this is good for the poker eco-system.

The second reason was the US Department of Justice had just indicted the top 3 poker sites listed in the PokerScout.com rankings.

It wasn’t a time where poker companies wanted to raise their profile. It might have been putting a huge target on their chests.  Potentially if Stars, Tilt and AP/UB had not been sitting at the top of these ranking sites, who knows if the DOJ would have had such a hard on to take them down.

Bodog approached Dan Stewart to be removed from the listings. Dan Stewart thought about the request and offered to take Bodog off his site BUT only if they paid Stewart a seven figure extortion payment.

This is an old school extortion racket by Stewart. He steals your data and uses it against your better interests in a money making scheme and if you don’t like it he needs over a million dollars to make your problem go away.

It’s like a bootlegger telling Steven Spielberg that he’ll stop selling illegal DVDs but only after Spielberg agreed to pay for the DVDs plus a big premium.

Bodog refused to make the extortion payment Stewart requested as they know he is taking their data without implicit permission and directly profiting from it.

Stewarts attempt to take the high road falls apart when we know that he asked for an extortion payment to take Bodog off their site.

In summary PokerScout.com have, in fact, undermined their own business model by making “projections” rather than pure data and as for taking the “High Road”, well, the request for cash in return for removal makes it the lowest of low roads.

On this evidence other operators may follow suit for moral reasons as well as practical ones, time will tell. Meantime the industry can enjoy working out which data is real and which is “projected”.

Weekly Poll – Will Roger Goodell be the NFL’s commissioner week 1 of the 2015 season?
Criz Hombrebueno
25 September 2014