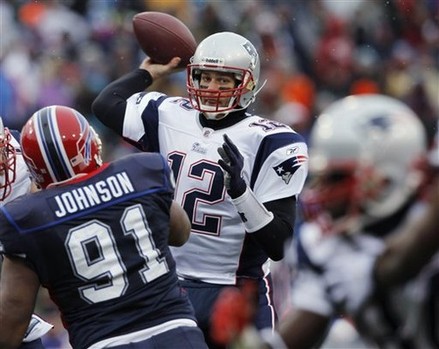 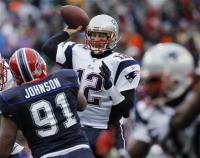 Week three’s NFL Sunday will go down as one of the more wacky NFL Sundays in recent memory.

To begin with, bettors and bookmakers should still be scratching their heads after San Francisco 49ers defeated the Cincinnati Bengals 13-8. It’s not that the win was an upset, but a final score of 13-8 is about as queer as a three dollar bill.

Next Cam Newton, after torching defences in his first two games and setting a record for yards for a rookie, Newton records the worst offensive game of his career and yet picks up his first career win. Go figure.

The strangeness continued when the Buffalo Bills upset the Patriots and picked off the NFL’s hottest QB Tom Brady. Even though Tom Brady has the most yards passing for any three-week span in NFL history with 1,327 yards, the Bills managed to pick him off four times and don’t look now, but the former NFL whipping post is 3-0.

There’s only two things the Detroit Lions were known for in football, Barry Sanders and losing. That didn’t stop Stafford and the Lions from marching into Minnesota and upsetting the Vikings on their home turf after being down 20-0 in Metrodome at halftime.

The last time the Lions won in Minnesota, many of us were children.

And how about the Colts and their defense hanging in there with the Steelers even without Peyton Manning?

I’d put Mike Vick’s injury up here, but considering this is consecutive weeks in which he’s been knocked out of the game, that’s not all that wacky, that’s a trend.

I almost shudder to ask how people are doing in their NFL Pick’Em contests after this week.