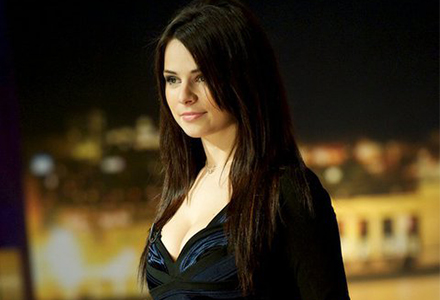 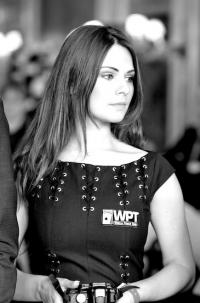 Long time no write – I just managed to get my hands on a computer. As some of you might know, I was being myself and tipped a glass of liquid, ahem, wine that is and killed my MacBook Pro. A lot of tears were shed for sure but the hard drive was saved and thanks to a very dear friend who is coming from the States, I will be typing on my very own Air in just a few days.

Being away from the computer gave me more time to hang at the casino and socialize with the poker players as I was in Malta for the WPT. It’s a gorgeous location, I must say. I used to live there and actually, my first live event I ever worked on was in Malta. Since then I always wondered when will a big poker tour come and take a shot at this stunning place and here we are!

Besides visiting the restaurants as usual, I managed to squeeze in a lot of time for the gym – gotta get back in shape for Punta Cana! – And talk to the players about a little phenomenon.

When I started working on the live events, about 4 years ago, apart from the EPT, poker tours were all still very small. WPT was huge in the States, Unibet didn’t even start…and look at us now – our calendars are bursting with events. However, after Black Friday and the death of Full Tilt, a lot of the pros had to stop travelling the circuit. Hotels, flights are expensive and those all buy-ins add up…

Chatting to one of the players, an interesting fact popped up: High Roller tournaments only started a little while ago but they are getting bigger than ever!

Everyone is saying the economy is going down, no more big games since Black Friday, things are tough. But for some reason, the High Roller fields are getting bigger no matter the buy in.

I can still remember the 250k High Roller in Melbourne – we all stood and stared like we have seen an alien mothership just land in the middle of the casino as the crème de la crème registered and played this prestigious event. Not long before EPT had their versions of 10k buy-ins – regular, turbo, 6 max, then WPT started adding theirs. And just as everyone, I thought that after Black Friday things will go down, but no.

The last WPT High Roller with the buy-in of 20k was one of the biggest they had!

Don’t get me wrong, I am all for such big events – they are much more fun to rail, it’s really great to support your friends who are playing but we started to wonder: Why are they becoming so popular?

So, since I didn’t know the answer myself, I asked my tweeps. Here is what some of them said:

@bigacsiga84 – everyone that is rolled now wants to push out the ‘young kids’ out of the equation, cause the game might not last forever so they are basically organizing a private game and making the buy-in as high, that as if they were deciding who to allow

@pokergob – recreational players were never part of the high roller event. Black Friday had a greater impact on those players

@boyand1 – besides the WPT Bellagio one, but it’s confusing to remember them all when Seidel wins them all. But about the 15k+ ones most main events are boring for online players, the high rollers go fast, have small fields and yet the payouts are great

Robert Stone – The ‘local businessman’ is a big draw for some of the pros in the field. Lots of people had money in bank accounts with nothing to use it for, so finding people to buy some of your action was much easier. Also, coverage of events was good; TV time is a big factor, especially when there are only 30 runners.

Kevin Mathers from 2+2 Poker forum – @kevmath – Venue certainly helps, especially if there’s already a major event being held. If you’re not a sponsored player though, expect players to have pieces of each other to reduce the variance. Bellagio had a 100k in May during the WPT World Championship, getting 29 players. There is another 100k scheduled for the Bellagio in December, but will they draw similar numbers? Besides the $1m One Drop event scheduled for next year’s WSOP, the only other place that could realistically hold a six-figure buy-in event is Aussie Millions and hope a few of the Macau “businessmen” turn up.

And my favourite: Aaron Gale – The free dinner token.