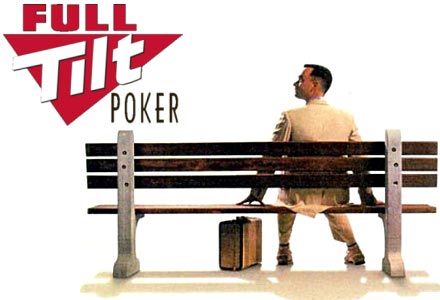 I wasn’t in Milan for the recent EiG Congress, but CalvinAyre.com had a team on the ground covering the event. From what I’m told, the featured panelists from the online poker industry must have felt Christmas had come early when the US Department of Justice made its “global Ponzi scheme” allegations against Full Tilt Poker.

Determined not to waste this golden opportunity, PKR’s Malcolm Graham grabbed his microphone and preached the gospel that the FTP scandal was entirely due to the absence of a strong regulatory environment. Sky Betting’s Richard Flint agreed that strong regulation was the way to go. Similar sentiments were voiced at another CEO panel featuring Norbert Teufelberger of bwin.party (Pwin) and other public company execs.

Seated onstage alongside Graham and Flint, a Bodog representative listened to this ‘regulation cures cancer’ argument for a few minutes before remarking that FTP held valid gaming licenses in both Alderney and France – as does PKR. Does this mean auditors should be taking a closer look at PKR’s balance sheet?

For the record, I’m in no way suggesting that PKR is guilty of anything except a misguided faith in over-regulation. FTP’s problems were chiefly the result of stupidity and hubris – things that even the most draconian regulatory regime couldn’t constrain. Banking is one of the most strictly regulated industries, but as this week’s UBS headlines make all too clear, someone who decides to go ‘rogue’ can do billions in damages before their misdeeds come to light.

COLLATERAL DUMBAGE
Without a doubt, FTP’s fall from grace has damaged the industry as a whole – and that includes the publicly-traded companies, who appear to believe they stand to benefit from this scandal somehow. What they fail to realize is that, thanks to the DoJ’s use of the phrase “Ponzi scheme” and the mainstream media’s rush to judgment, millions of average citizens – many of whom didn’t know the online poker industry existed before this week – now see the entire sector as black-hatted bad guys. As such, when regulation does finally come to the US market, it will be needlessly strict, imposing onerous costs on operators that will ultimately be passed on to players. Lose-lose, fold.

For what it’s worth, the DoJ bears a certain amount of responsibility in FTP’s plight. As various lawyers have pointed out, FTP’s antics, while criminally inept, don’t fit the accepted definition of a Ponzi scheme. Unlike classic Ponzi schemes, FTP had a genuine revenue model. Moreover, most of FTP’s financial shortfall can be traced to the DoJ’s war on online poker eCom that has been going on for the past few years (which we have documented at great length on this site).

Obviously, the FTP board should all be fitted with extra large dunce caps for (a) their failure to grasp that this eCom war was not a passing phase, and (b) their utterly boneheaded decision to continue crediting players’ deposits despite being unable to withdraw the funds from the players’ bank accounts. Given their demonstrated stupidity, it’s entirely possible that FTP would have eventually found other ways to kill their golden goose, with or without the DoJ’s actions. But the DoJ’s role in the disappearance of players’ bankrolls cannot be dismissed.

SHOOTING STARS
Back at EiG, the CEOs weren’t satisfied with kicking FTP while it was down. In an apparent attempt to launch a ‘guilt by association’ meme, PKR’s Graham suggested that PokerStars – indicted on Black Friday along with FTP – should have its gaming licenses revoked in all the jurisdictions in which it operates. Pwin’s Teufelberger settled for calling US-facing poker companies ‘pirates’, but he has made remarks similar to Graham’s in previous interviews.

Despite the public company CEO’s hopes/wishes/fantasies, the fallout from the expected demise of FTP and PokerStars’ departure from the US market (or disappearing entirely) will not instantly propel public companies to the top of the online poker heap. Particularly in the US, most of the online poker momentum of the past five years was driven by Stars’ and FTP’s promotional efforts. In their absence, online poker’s profile will continue to wane, and even if US federal legislation were passed this year, it will be a long spell before regulations are finalized and systems are implemented.

When such a system is finally up and running, the grinders will return. But by then, a good chunk of the recreational player base – without whom the online poker ecosystem cannot thrive – will have found other ways of entertaining themselves. A few US land-based casino companies will eventually benefit from a heavily regulated US market, but the market as a whole will likely never return to its past glories.

LIL’ HELP?
Not to belabor the point, but this eagerness of underperforming poker company CEOs to (a) celebrate FTP’s demise, and (b) publicly plead for PokerStars to be stripped of its operating licenses, suggests these execs believe the only way they can succeed is if external forces eliminate their competition. I’d wager these were the type of kids who would only ever fight another kid on their own front lawn, safe in the knowledge that Mom would intervene if it looked like her precious baby boy was getting the living shit kicked out of him.

European public company execs always maintained that the only thing keeping the private companies above them on the online poker charts was access to US liquidity. But the miniscule gains the European outfits picked up post-Black Friday disproved that argument, suggesting these execs might never wake up from their American dreams. They need to stop wasting all their energy attempting to paint US-facing poker companies as predatory threats to the American way of life (we hear Iraq’s former spot on the Axis of Evil is available) and spend more time attempting to formulate some (any!) kind of actionable growth strategy.

As we have suggested time and again, we believe the public company model is the wrong model for our industry. Be that as it may, these public company execs have a fiduciary duty to act in a manner that increases shareholder value – and the only proven, time-tested method of accomplishing that feat is to innovate. Apple’s staggering market capitalization is a perfect example. FTP is/was by far the most innovative company in the online poker sector. Now, with FTP fading from view, we’re betting that these public company execs will have even less incentive to innovate, which will give US poker players even less incentive to return to the game. Lose-lose, fold.