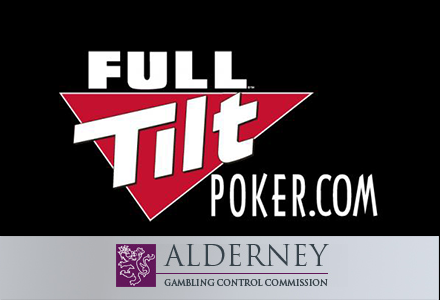 UPDATE AT 1551 GMT, 21ST SEPTEMBER – According to information obtained during a phone call with the AGCC, they are hoping to make an announcement on their website within the next 24 hours.

Both Full Tilt Poker and the Alderney Gambling Control Commission (AGCC) have revealed nothing as their hearing reaches the conclusion of its second day. The hearing, which began yesterday at 9am in the centre of the iGaming universe, London, is concerning FTP’s license with the AGCC that was suspended in June.

We have learned from a post on the TwoPlusTwo poker forum that suites 4, 5, 8, 9 and 10 have been booked under the AGCC’s name at the Riverbank Park Plaza Hotel in London and it’s believed that these have been booked until Wednesday evening. This was after QuadJacks.com discovered that two security guards were hired by the AGCC to protect the hearing and the attendance of one officer, Paula Moore, was confirmed.

A poster on TwoPlusTwo also gained access to one of the suites at the hotel and found that they are rented out at £899-a-day per suite with the price extended to £1199 if catering is required. The same poster uploaded a number of photos from inside the premises confirming the security presence on this thread. Following this, a video was also uploaded that shows the inside of an identical suite to the one used by the AGCC.

The hearing was adjourned in July at the behest of FTP so that they could find investors. For anyone familiar with the matter, there has been less movement than you’d expect from a morbidly obese video game addict. FTP’s license was originally suspended on June 29th in the wake of the Black Friday gaming industry indictments that took place in the middle of April this year. The buyer mentioned earlier is thought to be no closer than it ever was and the number of class actions has been increasing with players wanting to see money returned to them.