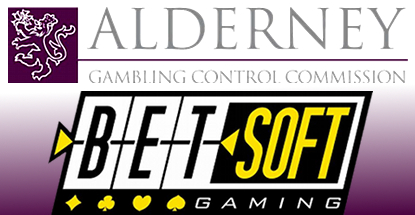 3D slots software developer Betsoft Gaming has incurred the wrath of gaming regulators in Alderney, although it’s not entirely clear why. On July 3, the Alderney Gambling Control Commission (AGCC) issued a notice saying it had ordered Betsoft’s parent firm Digitus Limited to suspend its online operations immediately, citing Regulation 91 of the Alderney eGambling Regulations 2009. The relevant statute allows the AGCC to yank a company’s license should it deem the matter sufficiently serious or urgent to warrant immediate intervention.

The AGCC says it plans to conduct a regulatory hearing into the matter with the company at some unspecified future date. In the meantime, the AGCC has ordered Betsoft to cease supplying its content to all AGCC Categories 1 and 2 eGambling licensees as well as Category 2 Associate Certificate holders. Among the AGCC-licensed firms to whom Betsoft supplies game content are Boylesports and PokerStars’ new corporate bosses Amaya Gaming Group, Betsoft has been an AGCC licensee since 2009 and announced a new content deal with turnkey sports betting solutions provider SBTech just last week. Betsoft has yet to publicly comment on the AGCC’s announcement.