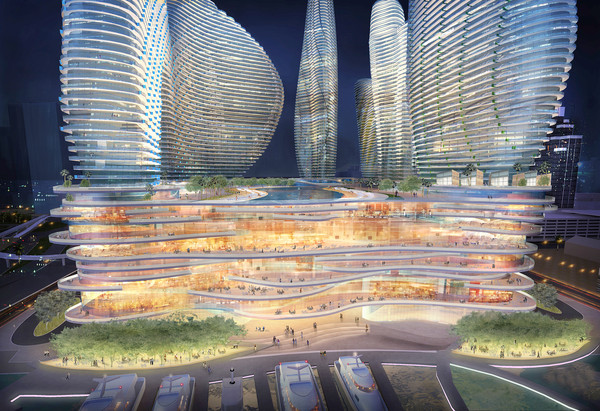 Genting Malaysia Bhd has revealed more details about their upcoming project on Miami’s waterfront. Resorts World Miami is costing the casino business operator around $3billion and will turn the former newspaper HQ into a haven of entertainment. Included on the site will be four hotels, two residential towers and a 3.6-acre rooftop lagoon. There will even be a full-fledged casino on the fourth floor as long as the state approves gaming industry law changes.

The 10million square-foot venue sits on a 13.9acre site and offers 5,200 hotel rooms in addition to 1,000 residential units. That’s before you consider the convention centre, shopping, some 50 restaurants, nightclubs and the USA’s largest ballroom. Gamblin’ drinkin’ and carryin’ on along the Miami bay front sounds like our kind of fun.

A casino gracing the venue’s third and fourth floors hinges on Florida changing its gaming laws to accommodate a fully-fledged casino. An appeal was heard last week that was seeking to overturn a ruling to allow slot machines all over the state. If approved, it would pave the way for a casino to be built on the Miami site.

If the state does decide to change the state law regarding slot machines then they will find themselves in a similar situation to New York state. Any changes would void the agreements they have set up with tribal groups and mean the annual payment from groups, such as the Seminoles, will simply stop – as has happened in New York.

That is another state that Genting has a presence in after they decided to acquire the Aqueduct racetrack earlier this year and turn it into what is now know as Resorts World Casino New York City.