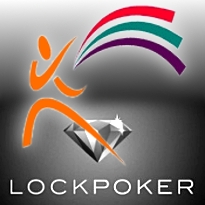 On Thursday (Aug. 25), Malta’s Lotteries and Gaming Authority (LGA) took the unusual step of issuing a notice titled “Lockpoker.eu is not licensed by the LGA,” which read thus:

The Lotteries and Gaming Authority (the ‘Authority’) would like to inform the public that the website http://lockpoker.eu/ has no connection whatsoever with the Authority and therefore any mention of the Authority or licence issued by the Authority on the mentioned website is false and misleading. The Authority advises the public to play responsibly with companies licensed by jurisdictions that have sound remote gaming regulations.

Lock’s current operating license was issued by the Kahnawake Gaming Commission (KGC). Despite the LGA’s notice, the bottom of the lockpoker.eu homepage continues to feature an LGA logo. Lock operates as a skin on the Merge Gaming Network, and in July, the LGA awarded Merge Gaming Malta Ltd. a provisional Category 4 license. The Category 4 license is designated for “Operators who run a software platform to host the service of [Category 1-3 licensees]. Such operators are not involved in player management functions.” While other Merge skins – including RPM, Hero, Black Chip and Overbet – also display the LGA logo on their home pages, none of them have (yet) been publicly shamed by the LGA the way Lock has.

So far, neither the LGA nor Lock have had anything further to say on the issue, and since nature abhors a vacuum, it’s left to us to speculate wildly as to what exactly Lock did to earn the LGA’s ire. Say, you don’t suppose someone at the LGA was one of the players scammed by the former Portuguese poker prodigy/Lock Poker Pro José ‘Girah’ Macedo, do you? Or did Lock CEO Jennifer Larson spurn the advances of an influential Maltese politician at the last Malta iGaming Seminar this June? Was another Lock pro recently spotted kicking a Maltese puppy? Anybody else got any theories?