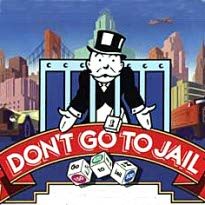 MGM Resorts International has filed a trademark infringement suit against WorldPokerRewardsClub.com Company Inc. and John George of Blaine, Washington. MGM claims the defendants are infringing upon its Gold Strike casino trademarks by operating the goldstrikepoker.com and goldstrikepoker.net websites. In July, MGM attorneys asked the defendants to cease and desist, but instead, the defendants demanded that MGM buy the domains from them and quietly filed applications with the US Patent and Trademark office to trademark the domains. As a result of this “fraudulent attempt to establish some rights in the marks,” MGM filed suit for trademark infringement, cybersquatting and unfair competition.

Ezekiel Rubalcada, the man suspected of thieving almost $483k from a betting account belonging to a group associated with legendary sports bettor Billy Walters, has been indicted on 33 felony theft and burglary counts. Rubalcada placed wagers at M Resort in Las Vegas on behalf of ACME Group, a company Walters incorporated in 2005. But Rubalcada allegedly made 16 unauthorized withdrawals from the account, then staged a phony carjacking to cover up his misdeeds. The missing money has yet to be recovered. Rubalcada is currently free on bail, and will be arraigned on Sept. 19.

Anthony Carleo, the criminal simpleton who failed spectacularly in his attempts to get away with robbing two Las Vegas casinos last year, may have thought he got off lightly when Judge Michelle Leavitt sentenced him to serve three- to 11-years in prison for his heist at the Bellagio. The lightness of the sentence also surprised the director of the Center for Gaming Research at UNLV, who voiced the sentiments of many observers when he noted: “You’d think [the authorities] would have wanted to send a stronger message.” Well, consider that message sent. On Thursday, Carleo was given a six- to 16-year sentence for his other heist at the Suncoast Hotel and Casino. Worse, District Judge Michael Villani rejected defense pleas for the sentences to run concurrently, meaning Carleo has effectively been given a stint of nine- to 27-years in the slammer. Stay in school, kids.