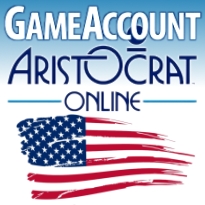 Australian land-based gaming machine makers Aristocrat Leisure and UK-based online skill game providers GameAccount will team up on a free-play online gaming system for the US market. “Selected corporate clients” on Aristocrat’s US casino rolodex will be offered use of the platform, which will feature online free-play versions of Aristocrat’s more recognizable slots, as well as table and skill games, including poker variants. The stateside move expands on the deal the two companies signed in March, which initially chose to concentrate on conquering Europe. (The opposite of Leonard Cohen’s First We Take Manhattan strategy, but whatever.) Aristocrat’s popular 50 Lions game made its GameAccount debut earlier this month, with others soon to follow.

GameAccount is no stranger to the US market, having offered real money skill game tournaments to US players until passage of the UIGEA in 2006. At the time, CEO Kevin Dale noted that “closing access to US-resident real money players was a hard decision, but a sensible one. Skill-based online gaming is and will remain a grey area under the UIGEA until tested under federal US law.” Bravado aside, Dale conceded there was also “a very fine line between games such as Gin Rummy, Bejeweled and Poker – and it’s an orange suit and manacles that you can look forward to if you decide to test the DOJ’s interpretation of skill vs chance gaming.”

Dermot Smurfit, GameAccount’s managing director, makes no bones about his company’s current Trojan Horse strategy for picking up where they left off in 2006. “Free-play online games are an important step in preparing for regulated Internet gaming in the US. Enabled by our highly compliant and certified Internet Gaming Platform, Aristocrat’s land-based casino operators will attract free-to-play games communities in advance of any expected regulation. Based on our experiences in Europe, those free play games communities will readily convert to real money gaming in due course.”